No. 1469: It is the Exemption Act that is valid in our case, all other laws must depart from it!

No. 1469:
It is the Exemption Act that is valid in our case, all other laws must depart from it!
Picture of lying down to relax in the hammock. We have a very good time with PBE who are pigeons, liars, scammers and crooks in our eyes.
Of course, we will never align with them and their lies and evil orders.
They should be dismissed from their jobs immediately. Because the way they hold on is really bad. We have built a wall under their guidance.
It lies farther in than what our sloped and muddy property was before. We will return our property to this. And throw us in a rope up and down like monkeys. This is what they want us to do, never under any circumstances will this happen voluntarily on our part.
We then do not go to the bad guy's errand and vandalize our own property, where everything is built on our own farm and land, it is rude and unnecessary what the PBE here in Oslo wants us to do.
It is extra bad that the County Governor, the Civil Ombudsman and the courts are taking part in this madness! 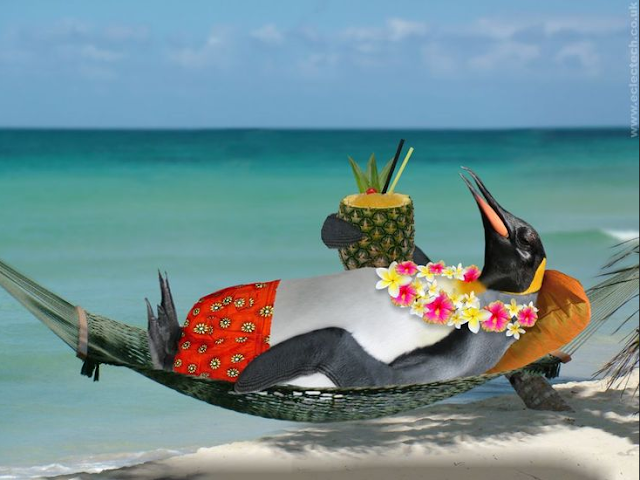 When one is to interpret the law, one cannot misinterpret and distort the one that PBE and public Norway do against us.

We read in Matt. 4. 1. Then Jesus was led out of the Spirit into the wilderness to be tempted by the devil. 2 And when he had fasted forty days and forty nights, he was at last hungry. 3 And the tempter came unto him, and said, If thou be the Son of God, say that these stones shall be made bread. 4 And he answered and said, It is written, Man shall not live by bread alone, but by every word that proceedeth out of the mouth of God. 5 Then the devil took him into the holy city, and set him on the top of the temple, and said unto him, 6 If thou art the Son of God, cast thou down. for it is written, He shall command his angels concerning you, and they shall carry you on your hands, lest you strike your foot upon any stone. 7 And Jesus said unto him, It is written again, Thou shalt not tempt the LORD thy God. 8 Again the devil took him up on a very high mountain, and showed him all the kingdoms of the world and their glory, and said to him, 9 All this I will give you if you will fall down and worship me. 10 Then Jesus said unto him, Away from me, Satan! for it is written, Thou shalt worship the Lord thy God, and him alone shalt thou serve. 11 Then the devil left him, and behold, angels came to him and ministered unto him.

Notice Satan's tactics that are always the same.
He came up with the "truth" of presenting a word of God.
How did Jesus answer Satan?
It is a word of God that is "more important" than what you come up with.
Such is always Satan, he distorts and manipulates.

In our case, there is also abuse of authority.

It is clear here: It is thus regarded as abuse of authority when the administration's exercise of discretion (regardless of its discretion), taking external considerations, making arbitrary, disproportionate or highly unreasonable decisions, or conducting unfair discrimination that has no basis in law.
Here, PBE here in Oslo has performed above us.

The constitution rests on a premise of distribution between the legislative, judicial and executive power, cf. the principle of power distribution. As the role of the courts is basically to enforce law, control is, as a starting point, limited to finding out whether the administration has stayed within the boundaries of law and justice, and then leaving it to the administration to consider whether their decisions are reasonable and appropriate . Therefore, the courts cannot in principle review a decision on the grounds that the decision as a result is unreasonable or inappropriate, as long as relevant legal considerations are taken into account in the discretion of the administration.

As a basic condition, a decision must always be based on considerations that are somehow factual or relevant in relation to the basis of competence itself (the law). Absolute arbitrary and extrinsic considerations should not be included in the assessment of the law, and thus the discretion must, as a general rule, be within the purpose of the law in some way. Accordingly, it is considered abuse of authority when the administration's exercise of discretion (regardless of its discretion), taking external considerations, making arbitrary, disproportionate or highly unreasonable decisions, or conducting unfair discrimination that has no basis in law.

Thus, when the discretion is clearly beyond what is reasonable to accept from the administration, the courts may try to invalidate a decision because external or undue consideration has not been taken into account, there is unlawful discrimination or violation of the principle of equality, and the decision is so unreasonable that it must be considered invalid. Disobedience would then have to be grounded in unlawful law and the doctrine of judicial review of government abuse.

Even though the administration under the law is granted the right to exercise a more or less free discretion, the law nevertheless sets certain external limits for the considerations that can be taken in the exercise of the discretion, as an absolute minimum tandard. Thus, there is a narrow opening for the courts to review the exercise of discretion even in relatively free discretion, when it considers that a decision is based on external considerations, unfair discrimination has been made, or whether the decision appears disproportionate and unreasonably burdensome. In other words, the courts may, according to case law, strike on judgments that are so unreasonable or unjustifiable in relation to the tasks that the administration must perform according to the domestic law that it must be termed abuse of authority by the administration.

In general, it is difficult to determine what are legitimate side considerations and what considerations are considered to be completely outside the law, as the administration is normally granted discretionary competence also in deciding what are legal considerations. The main view in the case law today is that it must be accepted to some extent that a decision is also based on considerations other than those which directly fall within the purpose of the relevant law and derive from so-called allowed / neutral side considerations. In Rt. 1982, p. 1625, it was stated that, as a general rule, one must exercise "caution in assuming that a consideration which can be adequately promoted under one law or statute is not relevant by another ...". In practice, the doctrine of abuse of authority therefore has the character of a very narrow safety valve on an unlawful basis (developed in case law), which is used in the most serious cases of poor discretion by the administration.

The doctrine of abuse of authority can also be applied to tender competitions, if there is an emphasis on considerations that lie outside the advertised tender basis, cf., for example, Rt. 1998 p. 1398 (Torghatten p. 1406):

“Against this background, the case must be considered on the basis that it is a matter of public authority. However, when the county government uses tenders to reduce public grants, the demands placed on the parties to the tendering law may also have a certain significance. This means, among other things, that the form of tender restricts which considerations the county authority can emphasize in the decision, which leads to the courts being able to try the decision to a greater extent ”.

The courts' willingness to go into a concrete assessment of the reasonableness and impartiality of administrative decisions following the doctrine of government abuse has gone on a wave. As I said, it is normally allowed to discriminate, and the administration is also relatively free to include side considerations in the legal application that do not necessarily arise directly from the wording, purpose or process of the law. In Rt. In 1997, p. 1795, the Supreme Court stated that much must be done before administrative decisions are rejected because of unreasonableness. Today, it is very important that a judgment be regarded as so one-sided, inaccurate, arbitrary or unreasonable that the decision is regarded as invalid according to the doctrine of abuse of authority. The list is very high, and in practice only the exceptionally clear violations of the requirements of sound discretion can be obtained. In case law, therefore, there are very few examples of decisions that are known to be invalid from recent times based on the doctrine of government abuse. In later case-law, questions have been raised as to whether the courts can test the weight of legal and factual considerations. For the time being, it does not appear that the courts will be able to try the emphasis on legal considerations, cf. Rt. 1993 pp. 528 and Rt. 1996 p 78.

There may also be abuse of authority if an administrative body does not respect other administrative decisions in its discretion. In Rt. 1962 p. 530 (Haraldshaugen), the majority in the Supreme Court held that the building council refused building permit under the then building law on the grounds of "beauty considerations", although the relevant ministry had dispensed under the then antiquities law (p. 538):

“It is clear that after the conservation decision, changes to houses in the area that we are dealing with here will also be approved by the Ministry of Church and Education. In our case, the ministry has given such approval, and thus in my opinion the case must be finally decided. When the law has passed the decision to the ministry, this must be understood that the ministry has exclusive competence in the fulfillment of the considerations that the law has intended to take into account and therefore the ministry has protected the area ”.
(quote at the end.)

John Rickard Øen from Eiker Husbygg came back for a while to look at our buildings.
We might need a responsible applicant, so we called him.
We went over it all and he was mighty impressed with how everything went together.
When I said we had been given oral guidance. Then he answered back that he understood, for this could not happen by itself.
Everything was in harmony with and fit in the terrain and with both our house and the neighboring houses. This was no problem for him to understand.
I then asked if he would have testified in court about this? No problem, he said, he was more than happy to show up.
Why aren't the County Governor, the Civil Ombudsman and the courts doing the same? It is for one reason only that they protect and protect one another.
As mentioned, we have been given oral guidance on how to build.
And we didn't have to search when we built an old wall.
We have pulled the wall further in than it was before. We have got a greener and flatter terrain. Everything has gotten better.
Who would want to vandalize our property? That's no wonder.
Scripture says very clearly what light and darkness want, and what the good powers want and the bad ones. It's pretty obvious in the day.

Joh. 10. 10 The thief comes only to steal and murder and destroy; I have come that they may have life and have abundance.

That said, John Richard Island from Eiker Husbygg. Who is an experienced builder who has been dealing with this whole life and who has a trained eye.
He saw right away that we had built under guidance, and had not taken care of ourselves!
Photo by John Rickard Øen 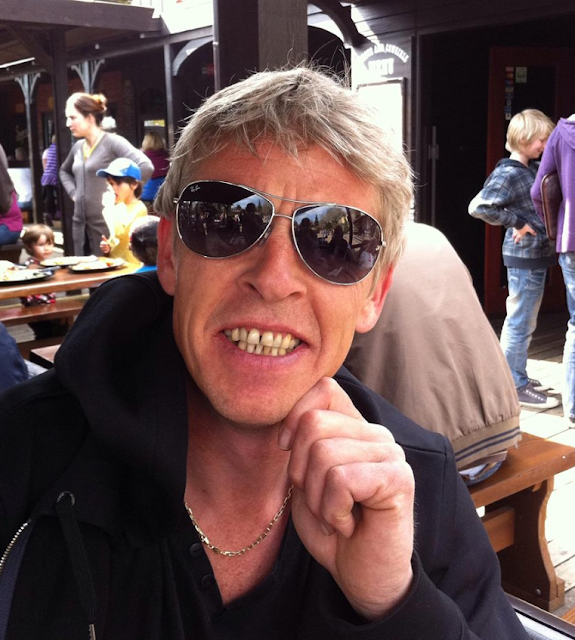