No. 1465: In fact, I have opposed Plan and the building department at all points in their unjustified charges, still they are just as difficult and relentless above us, this is bad!

No. 1465:
In fact, I have opposed Plan and the building department at all points in their unjustified charges, still they are just as difficult and relentless above us, this is bad!

Just as PBE and the public are above us, they are reminiscent of the old GDR.
This is not something to shout for.
Now I will not go into depth here, as one can be punished for doing this. Do not bother to write something that makes one get on the edge with the law.
Have more than enough with other examples. Picture of the flag of the GDR. 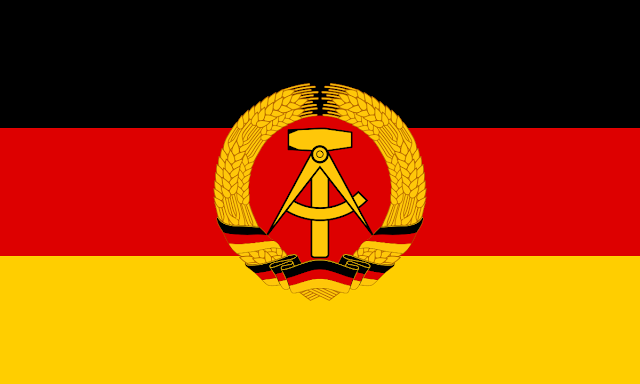 Must be honest enough to say that this fight and conflict with PBE has been difficult in many ways.

But I do not take self-criticism for rooting myself in people and situations I should not, all the blame here I lay solely on PBE and the state intuitions that have been in the picture.

One of the most difficult is without a doubt that I have been an amateur after all in many ways. But today I do not dare to say that.
They work on this daily and have their education in that direction.
I / we work daily with completely different things.
But still I read up, put myself into things. Received advice and guidance that I can say today I have been able to fix them in all things. Therefore, they no longer answer us what we ask, just dispense something to go "free!"

Here are some examples of how I have fixed and parried their rigid and evil decisions and orders.

1.) The first thing we were ordered to do by PBE and that became a huge issue. It was a distance from the road to the storeroom. We asked for a meeting and inspection to get guidance and clarification. They would not. But we found that since the house is closer to the road than the stall, the stall will not be affected by this.

2.) We have now been instructed in a new application to connect the City Environment Agency. When we met with them on April 11, 2019 - this year. Then, before application, we would have another meeting. Instead we get a cruel email where everything is really an email to make things most difficult for us in a new search process.

3.) When Nils-Henrik Henningstad claimed that we could not get an exemption etc. So I sent him that neighbor in Stormyrveien 9 c who has received an exemption 57 times more than us. Then he has not yet managed to respond constructively to this.

4.) When Nils-Henrik Henningstad claimed of our wall would present problems for, among other things. The urban environment, fire and rescue services were these fabricated difficulties. ambulance here visiting. They could not reach the yard in the Krokstien. They drove down and used our "illegal" stairs.

5.) Every time they throw something out, in meetings and on mailer. Then I am able to familiarize myself with the case (s). not always right away, but eventually.

6.) They write and jab that we have expanded into the roadway. We have paired this on several levels.

2.) It is sloped inwards, we can easily cut or cut some of it,

3.) The neighbor's sloped approved slope is only ½ meter from the road, but spring is 1 meter.

4.) The neighbor's over on the other side has a wall of warm 20 cm from the road.

7.) We can't help that the wall is higher than ½ meter. We called down to PBE and talked to Kaja Aubert Lange who said it was not compulsory to build our wall when we were building on the old wall. And if we built a wall not more than 2 meters with a fence of 1 meter then this would work well. We did as we were told, and in retrospect we see that this is true. The wall is no higher than the neighbor's and falls and fits perfectly into the terrain. And it fits perfectly and harmonizes with both our house and property.

8.) PBE claims that we have built a colossus for the wall etc. above when Attorney Knut Howlid. Above us they have said the same and much more. But that neighbor on the other side has a larger wall, another neighbor has a wall located in the roadway etc. This they will not answer, and the smallest of answers has been that their property is within another construction period. When I in meeting April 11 said that they received the last approval in March 2018, they were guilty of a reply and have refused to comment on this. Why? They have no answer to any of their statutes and orders when one goes closer to the seams and one responds to them. They act like "world champions, but if you answer them they have nothing to come by. They are, as the saying goes, "up like a lion and down like a skin trap."

9.) PBE claims they must be careful of cm so that the regulations do not erode. Yes it is important, but in reality it is getting rid of everyone who searches in a good way and they have not built something that is obstructive or dangerous. But with us none of this is relevant, yet they treat us in the harshest possible way.

10.) PBE says they must be careful about the legislation. But with us there is talk of minimal overruns. Where everything we have built is clearly tim more advantage than disadvantages. In fact, it's not a disadvantage, only benefits!

When I look back on this matter, this is a matter that should have been resolved a long time ago.
The fact was that everything worked fine between us and our then case manager Kaja Aubert Lange.
All of the case workers we have received in retrospect have been case managers "from Hell!"
Lagt inn av Jan Kåre Christensen kl. 13:57