No. 1467: To me, PBE, and in large part of the public apparatus in Norway, is a cross between idiots, little princes, and people who are devoid of ordinary empathy and understanding of being human!

No. 1467:
To me, PBE, and in large part of the public apparatus in Norway, is a cross between idiots, little princes, and people who are devoid of ordinary empathy and understanding of being human!

Norway, as a nation and as a rule of law, has really been taught by Europe and the Human Rights Court in Strasbourg. They still will not comply with the verdict and return the son of Trude Strand Lobben.
It is not just a testament to power arrogance and power. But that one has no or very low self-understanding and understanding that one does is completely wrong.
I think this could not have happened in any country other than Norway or Albania. Norway reminds me of belonging to a far-off country. Now I don't really think so, but it's something that's raging raving wrong anyway. I don't have the full answer, but why are there never any consequences for any public person in Norway? Even after such a loss, this is Kjell Ingolf Ropstad who is the chief responsible for this. He should have been put in charge and responsible for this. And others with. But where are these people in this case? Not easy to see or hear.
In Denmark and other civilized countries, there will be debate and discussions on such issues where one might have been lost.
In Norway, discussing everything but what is most important for the country's inhabitants.
It is not easy to be wise about this, but here should and should be more responsible for their wrongdoings, and some should also resign from their positions and Kjell Ingolf Ropstad should as soon as possible arrange it so that mother in this matter gets his son back. I do not know how this son is doing, but that he is most deserving of returning to mother and siblings. I am convinced. 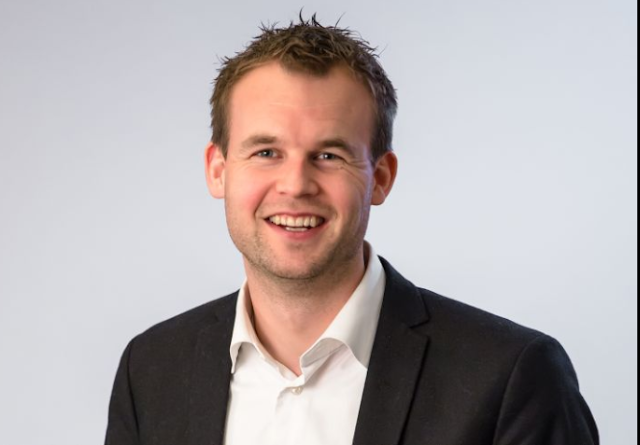 I am born Danish when I was born there and lived there my first years of life. But have lived most of life elsewhere here in Norway.
It is impossible for me to know fully if it is better in Denmark than in Norway.
But there are some things I imagine are better in Denmark. It is that we Danes are not as extreme as Norwegians, and are more reflective and like to talk and discuss.
Norwegians like to sit on their own rope and decide!
Of course, this is to put things at the forefront. But it must obviously be something that is terribly wrong in this country when it comes to the public, municipal and state agencies!

Just look now at what happens to the Norwegian Child Welfare Service that has been violated in the human rights court in Strasbourg, France. And what they have experienced so far, which is a huge blow. Is actually just the beginning !!!!!!!!

Let's go a little into the said child welfare case. And it is waiting for an approx. 30 new child welfare cases in France, there is really a full crisis in Norwegian child welfare. The only thing that has not been brought with them is the government and Norwegian child welfare, otherwise everyone else has got this with them.
It is amazing that we have a Christian Minister of Children and Family Kjell Ingolf Ropstad who will not give back his son to Trude Strand Lobben who has regularly crushed Norway in the human rights court in Strasbourg, France.
Norway feared that no one should interfere with the internal affairs. What did they do in France? Just the opposite, Norway gave as thin as possible, they also have to pay several hundred thousand kroner and they have a verdict against them where in the judgment they are told that it was wrong to take this boy from Trude Strand Lobben.
Even after this, with the Minister of Children and Family Kjell Ingolf Ropstad, they will not return the son of Strand Lobben. I wonder what country we live in. Reminds me of what the Prophet said in GT.

Isaiah 10. 1. Woe unto them that give unrighteous laws, and issue pernicious letters, 2 to drive the petty away from the court, and to rob the poor of my people of their right, to make widows their spoil, and to plunder the fatherless.

Here it is stated that this with unjust and bad courts is a sign of apostasy. That it is a nation that has turned God back, and must bear the cost of it.
Notice that they "deprive the poor of my people of their rights."

In other words, Trude is entitled to have his son back, and they should put up at least 1 Million extra at the amount they are required to repay.
In our situation, they do exactly the same. They will not let us keep what is our right. Norway as a state is in very poor condition, despite our oil billions.

Today, Norway has become an apostate nation, but God's word has a way out of it all. Let me mention four things. Could have mentioned far more, but will briefly mention 3 things and link this to the word of God.

1) Word. 1. 7 Fearing the Lord is the beginning of knowledge; wisdom and discipline are despised by fools.

2.) Luke 19. 8 And Zacchaeus stood and said unto the Lord, Behold, O Lord; I give half of my goods to the poor, and if I squeeze money out of someone, I give it four times more.

1.) The beginning of wisdom and understanding is not schooling, education and good pay. But it is to fear and to know the living God. It doesn't help to titillate with one or the other. How much money you are good at also tells very little about yourself many times. It is how you are and how you deal with situations, not least the negatives that tell you who you really are.
Here, Norway, as a nation, has played a failure, coping with the difficult situations in the worst possible way. It's as I write in the heading below.

To me, PBE, and in large part of the public apparatus in Norway, is a cross between idiots, little princes, and people who are devoid of ordinary empathy and understanding of being human!

On the low plane, there is a lot nowadays in every state and municipal plane. The way out of it all is to begin to fear the living God.

2.) We read about Zacchaeus when he repented, that he would settle for and repay what he had illegally robbed. What does the Norwegian state do in e.g. the case with Trude? They will only give the money they MUST. They should have plus 1 Million and let Trude get his son back and spend a great vacation on the whole family. Then the blessing had also returned.

Why do I mention this?
Norway is becoming a nation that has not only turned away from God. But has turned to everything but the true God, where materialism, free sex, sports, entertainment, education and everything else matter. As well as not being allowed to mention God or God's word anytime soon, it is "dangerous" it.
It is just the opposite, until more one gets in by God and His Word. It will be more beautiful and bigger!

I have never criticized and focused on things to get attention.
In many ways, I have ended up in situations and in part difficulties because I have pointed out and held my views.
Something I think I've gotten better at. Blue. that the charges I get, I try not to constantly defend myself against.
I have learned that those who come with accusations, no matter how one unfortunately answers most of them, they still get in the way.
You get to hold out what you believe and experience as real. Then one can just leave the rest in God's hands and make sure that one is constantly working and trying to improve himself. There is always a way to go!
Lagt inn av Jan Kåre Christensen kl. 13:09