No. 714: Philadelphia Kristiansand opens its doors to the false prophet Jan Hanvold!

After what has emerged in the past, so will the Philadelphia Kristiansand Norway and Vision working there ia Pentecostal Church Filadelfia get airtime in January Hanvold who is married for the third time as a Christian, that the word of God refers to as adultery and sin. This cooperation is doomed to fail in the sense that one can not serve two masters, Jesus says. Hanvold serve sin, his own abdomen and Satan. Such cooperation Scripture warns strongly against, one becomes an accomplice in Hanvold adultery! 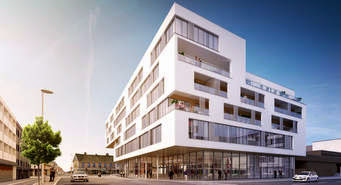 Link to the bit about Vision Norway: http://www.visjonnorge.com/index.php?sideID=6474168

Sexual sins and especially remarriage and adultery, it is not only a sin, but a spiritual act. He that is joined to an harlot becomes one in spirit with her. Therefore, sexual sins "more dangerous" than others!

We must all fit us!

1 Corinthians 6: 16 Know ye not that he which is joined to an harlot is one body with her? For it is said: The two shall become one flesh. 17 But he that is joined unto the Lord is one spirit with him. 18 Flee fornication! Every sin that a man commits is outside the body; but he that committeth fornication sinneth against his own body. 19 Know ye not that your body is the temple of the Holy Ghost which is in you, which ye have of God, and ye are not your own? 20 For ye are bought with a price. Price: therefore glorify God in your body!

2 Jn. b 9 He who does not adhere to the teachings of Christ, but goes beyond it, does not have fellowship with God. Anyone who adhere to the teachings, he has fellowship with the Father and the Son. 10 If anyone comes to you and does not bring this doctrine, so please do not receive him into your homes, and salute him not to attend. 11 For he who greets him is complicit in his evil deeds.

James 3 1 My brethren! Not many of you should become teachers, for you know that we will be so much stricter judgment.

Luke 17 1 And he said to his disciples: "It is inevitable that offenses come, but woe to him through whom they come! 2 It would be better for him to be thrown into the sea with a millstone around his neck, than that he should offend one of these little ones. 3a Beware!

It amazes me how uninformed people of faith are about these things. That we are in a relationship with all other believers if we want it or not. We are like a body and belong to each other. And when a limb do not live in line with the head - which is Christ - so it rubs off on everyone else. When a limb is obedient, then the consequence is that it also affects the other. This has nothing to do with anything except that we are in direct life connection with each other because we have the same life and the same Spirit. And the same Saviour, Lord and Father. All this binds us together as believers in spite of differences and disagreements. This is a fact and a reality.

Those preachers and are accountable to others, this is even stronger. I like preacher has an additional responsibility, this is also true for everyone else.

When preachers set up in conjunction with other ministers who live in sin or doing blatant heresy, then we become accomplices. Yes, it is so severe in some cases that Jesus said that it had been better received a millstone around his neck and been thrown with it around your neck and then had just destroyed itself. But here destroys not only for themselves but also for others. We lead others to perdition, into disability and into the delusion of self-influence and preach to others. It's in the room. 10 17 that faith comes by hearing. This applies not only religion but also heresy and unbelief also comes by hearing, have you thought of that? Or are you one of those who accept everything and not have their own opinions and attitudes? All is not from God if it is not in accordance with God's word. It is only that which agrees with the word of God, that we should align ourselves. Everything else should we shun that "plague" that will lead us down from Christ and the simple fidelity to him!

Here is an explanation of why the priest collar around the neck as figuratively have its merits Yet today are priests often painted with the old priest collar. But what was the idea behind this under medical creation? One of the explanations is that the collar should remind priest millstone. Not the bottom of the mill in the village, but the stone that Jesus spoke about "The top attraction at least one of these little ones which believe in me, it were better lit with getting a millstone hanged about his neck, and sunk in the ocean's depths." It would therefore be better to have a millstone around his neck than to cause one who believes in Jesus, on wild roads. So serious is the lead man another way than what God says.

This can not be hushed up longer, but by opening up a partnership with Vision Norway, a power of demonic spirits come upon God's church in Norway, especially in southern Norway where they open up for this by what Scripture teaches.

Luke 11 18 But is now Satan also is divided against himself, how shall then his kingdom stand? Because ye say that I cast out demons by Beelzebub. 19 But the driver I cast out devils by Beelzebub, by whom do your children cast them out? Therefore they shall be your judges. 20 But it is by the finger of God I cast the demons out, then the kingdom of God come upon you. 21 When a strong man armed keepeth his palace, his goods are in peace; 22 But when a stronger than he shall come upon him and overcomes him, he takes away his armor wherein he had trusted, and divideth his spoils he had taken from him. 23 He that is not with me is against me, and whoever does not gather with me scatters. 24 When the unclean spirit is gone out of a man, he walketh through dry places, seeking rest, and finding none, he saith, I will return unto my house whence I came out. 25 And when he cometh, he findeth it swept and garnished. 26 Then goeth he, and taketh to him seven other spirits more wicked than himself, and they enter in and dwell there: and the last state is worse than the man first.

Hanvold is demonized and fornicators. He is a false teacher and living as stated in blatant sin when he is re-married several times as a Christian, last Inger Hanvold. When one begins a relationship with him. Will the spirits that he and the entire Vision Norway being infiltrated and taken off, get over the Philadelphia Kristiansand. It will be like an army of spirits that will infiltrate South Coast even more!

1 Tim. 4 1 Now the Spirit speaketh clear words that in the latter times some shall depart from the faith, paying adhere to seducing spirits, and doctrines of devils.

This is exactly what happens; the seducing spirits, and doctrines of devils now come in among God's people. Everything owing disobedience to God's word and God's commandments!

The approach that we see today between the charismatic movement, Lutheran churches and the Roman Catholic Church may be the precursor of the Bible is termed as the Antichrist, where a common ecumenical attitude unites all religions and religious movements to create a "perfect world".

But it also happens here in Norway where such apostasy preachers Jan Hanvold get a foothold among those who once were Bible-believing and following God's word and God's commandments. There is a massive apostasy and a massive invasion of spirits that we see today!

Is it dangerous? You are judgmental and similar things I hear stadigvek. But I believe in being careful writing, not least for those who are ministers of the Word or liability and public figures. My clear call to Philadelphia Kristiansand and all others who work with such people as Jan Hanvold. It is to break all contact, and fly for thy life!