No. 711: He who marries a divorced are equally involved in that sin as that divorced and remarried!

He who marries a divorced are equally involved in that sin as that divorced and remarried!

It is unfortunately all too many examples that there is someone who is notorious incredible and always scoop up a new spouse . January Hanvold several marriages behind him , his last "wife" 20 years younger woman , Inger . She is actually based on the word of God just as accomplice in Hanvold adultery and sin Hanvold even there ! 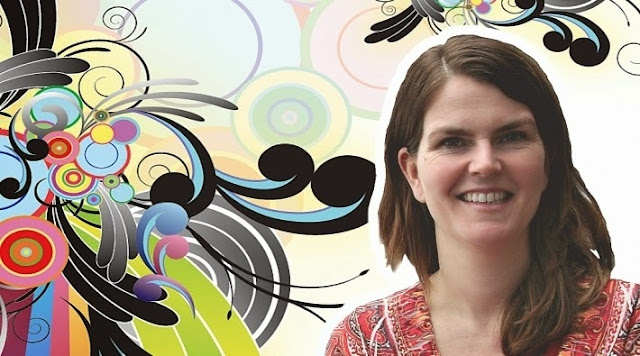 The word of the prophet Malachi 2.16 can stand as a headline on God's view of divorce : - For I hate divorce, says the Lord God. When it covers one 's garment with violence, says the Lord of hosts. So take care of their lives and do not be faithless . "

In Malachi ( 2:15) , the Lord tells her husband that he should not be unfaithful to his wife of his youth . In the Bible, a divorce is seen as an evil and a violation of God's true will, although in some cases opened it.

In the Old Testament , Moses an Israeli man the opportunity to write a bill of divorce to his wife and send her away . The wife could then marry another man. But after she married husband number two , the road back to the first man closed for good , although her second husband died ( 5 Gen. 24.1-4 ) .

Following God's original plan was indissoluble marriage : Therefore what God has joined together , let not man separate ( Matt 19.6 to 8 ) . The reason why the Jews were allowed to give their wives a bill of divorce , their hard hearts (Matthew 19.8) . "The hardness of heart " is another expression of sin . Divorce may be allowed as a nødordning because of it. The marriage was in force could lead to even greater accident and injury ( cf. emergency principle of choosing the lesser of two evils ) .

Jesus and the Apostles enjoined the divorce practice that was common in Old Testament times . In the New Testament given two reasons for divorce. The first is by infidelity in marriage. The party has been cheating , has violated his spouse. The close community that would only include the two in such a fundamental way , is broken so that the marriage can be dissolved . How should we understand Jesus' words in Matthew 5:32 - But I say to you that whoever divorces his wife, except it be for fornication , causeth her to commit adultery , and whoever marries a divorced woman driver hor ( See also Matthew 19.9 ) . The divorce then becomes a legal affirmation of the quarry is already a fact . But the very best would in many cases be the one who has sinned repent , and that the offending party to forgive the spouse who committed adultery . Then cohabitation continue as before.

The second reason for divorce marriage between a Christian and non- Christian. If the non- Christians insist that marriage should be dissolved , should not the Christians cling to their spouse . The Christian is not bound in such cases , because God has called us to peace , says the apostle in 1 Corinthians 7.15 . Otherwise, it can cause a variety of problems such mixed marriages can be difficult , and almost impossible for the Christian to deal with .

Beyond these two clear reasons for divorce as God's Word expressly mentions , we should be cautious about recommending divorce. But what shall we say to women / men who live with a spouse who is either seriously insane , violent or drug addict Will they file for divorce ? A marriage means that you should stay together even in " bad times" . The spouses are called to bear one another's burdens even in times of crisis . But there may be situations where it is not advisable to continue to live together , for example if a psychopath destroys their spouse's personality. The spouses must live separate and one must work and pray that cohabitation in the long term must be taken up again if possible.

How boasts being converted? Should they just forget all his past ? No, here comes the word in 1 Corinthians 7.11 : - But and if she depart, let her remain unmarried, or be reconciled to her husband . And a husband must not divorce his wife.

In some homes , children are sexually abused by a parent (sometimes both , but we shall not treat here) . In principle, it must be right to call incest a form of infidelity. The husband or wife has a sexual relationship with one or more of the children, and then break with the sexual fidelity is promised against her spouse . Incest - cases are particularly tragic in that it affects the children. In the longest should families who have experienced this , try to clean up the horrific conditions . And as we wrote about infidelity - the person who committed the atrocities repent and marriage can be made , it is the best. If it proves difficult divorce can be a right way to go in such cases.

As we have seen open the Bible for divorce in two cases. But it is difficult to find clear scripture that they divorced can remarry. This question has been much discussed. We quote two passages from the Bible which is about divorce and remarriage .

- To those who are married I command , yet not I , but the Lord : A wife must not separate from her husband . But and if she depart, let her remain unmarried, or be reconciled to her husband . And a husband must not divorce his wife. 1 Corinthians 7:10-11, TLB

In these two clear Bible passages can be no opening for remarriage of either party. The Pharisees taught that man could remarry , but Jesus and the apostles set man and woman alike in this question. Now of course God's Word teaches that man and woman can enter into a new marriage if spouse dies , but there is no opening for remarriage while the first spouse is alive.

Many who will be faithful to the Bible has said that it is impossible for those who have actively broken marriage to marry again . So it specifically committed adultery and sin against God's commandments. As for the innocent party , whose adultery , it's different. They can remarry . The written word is taken as this mindset is 19.9 Matt ( Matt 5.32 and which has a similar wording ) :

Those who defend the remarriage of the innocent party emphasizes that the joint statement - for any reason other than adultery - is mentioned in the same breath as divorce and remarriage . And it would show that remarriage is allowed for those who are not actively broken marriage. Against it may be objected that it is equally possible to link the controversial phrase wrist - for any reason other than adultery - to divorce and not to the issue of remarriage . Here are the interpretations against each other . But we think that in this case is important to follow the rule that they get ready Scripture to interpret the ambiguous words for us . If we follow this rule here , we must say no to all forms of remarriage where the first spouse is still alive.

Many find enough biblical counseling as hard and unreasonable here . But we must say, the Bible restrictive line on these issues shows how seriously God views marriage and how important it is to preserve it. Our time is otherwise a striking proof of how wrong it is when many marriages are dissolved ( end of quote ) .

Marriage is a sacred covenant between a man and a woman, and God's part is meant to last a lifetime. Jesus said it this way: " What God has joined together, let not man separate " (Matthew 19.6) . Those who stand , making a sin against the Lord and His good plan. When the marriage is dissolved , it is " because you have so hard a heart " (Mt 19,7 ) .

Who has a hard heart - man , woman or both - it's not up to us to judge . Therefore, we meet divorced people with respect and love and best efforts to help them further from what most people see as a huge defeat.

When a person loses their spouse because death has separated them , he or she is free to remarry . There has never been any doubt in Christian ethics (Rom 7.2 to 3 ) .

But you're probably more concerned with what the Bible says about entering into a new marriage while the former spouse is still alive .

The Bible does not allow remarriage in such cases: " Whoever divorces his wife and marries another , commits adultery. And whoever marries a woman divorced from her husband commits adultery. " These are the words of Jesus (Luke 16:18 ) .

Paul speaks equally unequivocal : " And unto the married I command, yet not I , but the Lord : A wife must not separate from her husband . But and if she depart, let her remain unmarried, or be reconciled to her husband . And a husband must not divorce his wife. " (1 Corinthians 7:10-11, TLB ) .

He who marries a divorced , being involved in that sin and damnation children likewise. One simply makes a mortal sin.

Here that whoever marries a divorced committeth adultery on par with that one marries :

He who marries a divorced becomes an accomplice :

2 Jn . b 9 He who does not adhere to the teachings of Christ , but goes beyond it, does not have fellowship with God. Anyone who adhere to the teachings, he has fellowship with the Father and the Son. 10 If anyone comes to you and does not bring this doctrine, so please do not receive him into your homes, and salute him not to attend. 11 For he who greets him is complicit in his evil deeds .

He who marries a divorced doing a sin unto death, there is no forgiveness for it before moving from this unscriptural relationship.

Marrying a divorced is a sin unto death !

But the living God do not marry a divorced , he or she follows God's word - carefully!

1 Joh.e. 5 18 We know that whosoever is born of God sinneth not ; but he that is begotten of God , takes care of himself , and that wicked one toucheth him not .