No. 705: Demonic forces govern , manage and manipulate the Christians so that they see God's word so clearly !

No. 705:
Demonic forces govern , manage and manipulate the Christians so that they see God's word so clearly!

For the vast majority of such thoughts, preaching and teaching I come with completely foreign . But it was also the preaching of Jesus and the apostles . Therefore, I am in good company if I bring something new , different and which initially seems incomprehensible , beyond and beyond all that is the norm and normal hearing . 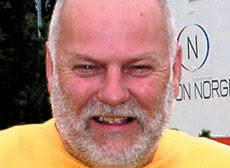 How Satan " fakes " out and mislead the believers in the gay debate.

It is very much to grasp in. But it's really bad that one first clarify who this is about before initiating a debate. In the case of the non-believers who live out their desires , either as homo , trance , gay or in many extramarital relationships we have as believers really nothing to do with this .

Believers can warn against the unsaved sinner if it becomes like a parenthesis and not take focus away which is to communicate Christ to the world. And if the faithful have clean flour in the bag itself , which they unfortunately do not have.

Scripture says that the wicked (those who do not believe in Jesus as God's atoning sacrifice and God's sacrificial lamb ) . They should not be part of God's church . Only Jesus believers . This is in no way been established by some in this debate. It is only against and for homosexuals. But a non -believer who is gay , lesbian , bisexual or heterosexual should not be in the church of God , whatever!

The church is only for believers , but they mostly operate as they wish , for there is always enough grace for them to get. Tragic !

Believers people thrive and do not live in sin , in other words, this whole gay debate arbitrary , destructive and manipulation of Satan .

Children of the World stand , marries again and live out their passions and carnal needs just like in Noah and of Lot . This has put us in writing beforehand. But the Christian , he lives by the word of God , and love it. He do not live as he desires and the world's children do. But here it is all turned on its head, and do not know what's what . Therefore, it is to do to create an overview and understanding of what is what. Here are ten points that are important to include on the road :

2 ) The non -believer cardinal sin is that they do not believe in Jesus. Everything else is secondary and really has nothing to do with the gospel .

3 ) Under the circumstances show that we as believers warn against specific sins. But in today's intellectual climate and the low standard of the faithful is something we should try to avoid when it drags the focus away from the gospel.

4 ) The believer live and walk in the light. Therefore , marriage is a lifelong him. Remarriage is excluded and live differently are also excluded.

5 ) Believers who will not abide by the word of God should first be warned privately .

6 ) Believers who will not conform to God's word will then be publicly accountable style of church.

7 ) Will they not let themselves warn they will be taken away .

8 ) focus on specific sins of unbelievers is to miss the target mostly . We shall only point out Jesus to them and keep up the Ten Commandments that we all have breaking any of . If you break one of the commandments of God , you break them all skier font. All are thus guilty in past God, not just gays and lesbians .

9 ) Believers people who want to live in sin , they can we take forward from Scripture what God's word says about specific sins.

10 ) The standard for how we should live , is basically only relevant for people of faith who believe in the Bible and adapts to the word of God.

As I see it, is the most elementary become difficult when demonic forces control , manage and manipulate the Christians so that they see God's word so clearly !

This should not be difficult ? As I see it , it's far more important to focus on remarriage and sins which today has been allowed and accepted among the believers. But this is not accepted and allowed believers based on what the New Testament teaches and teaching. Let us have this very clear !

If you believe that I have a ministry , mission and ministry . So above all, pray for me , my ministry , family and Smyrna Oslo. Secondly, support to operations to come to the meetings and help to build a church here in the city of Oslo .

Be blessed in the Lord Jesus Christ !