Scantily clad women with tight-fitting clothing that is more of a sex object than someone who sings to the glory of representing Hillsong and the Pentecostal charismatic worship which is nothing other than a huge deception from beginning to end! This is fortunately not all, but too many and Hillsong is unfortunately a mainstream direction that leads into the occult. 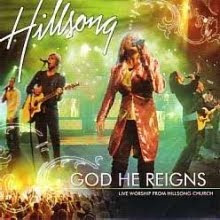 Worship is wonderful and praise worthy of the holy

The women should be covered under the service learns font!

1. Kor.11. 2 You shall have praise you for remembering me in everything and hold fast to the traditions I have passed on to you. 3 I want you to know that Christ is every man's head, the man is the head, and the head of Christ is God. 4 Every man who prays or prophesies with her head unveiled dishonours her head. 5 But every woman who prays or prophesies with her head uncovered dishonors her head. It's the same thing as having her head shaved. 6 If a woman does not want her head, then she should cut off her hair! But if it is disgraceful for a woman to cut or shave off his hair, she should wear a veil. 7 man ought not to cover his head, since he is the image and glory. But woman is the glory of man. 8 For man was not made from woman, but woman from man. 9 Neither was man created for woman, but woman for man. 10 Therefore, the woman of the angels wear a veil, as a regulatory sign. 11 However, in the Lord woman is not independent of man, and man is not independent of woman. 12 For as woman came from man, so man is born of woman, but everything is from God. 13 Judge for yourself! Is it proper for a woman to pray to God with her head? 14 Does not nature itself you that it is a shame for a man to have long hair, 15 whereas the woman is her glory? For her hair is given her veil. 16 If anyone wants to be contentious about this, remember that such a practice, we have not, nor do the churches of God. Paul teaches about covering or protection. The most widespread explanation here is that Paul is speaking to tempelskjøger. But the amazing thing is that he did not mention them by a single word. Secondly, this is timed. There is no mention of a word or a sentence either. On the contrary he says in v.2. You deserve praise you for remembering me in everything and hold fast to the traditions I have passed on to you. This preached and taught Paul everywhere he arrived when it is God's commandment, even today. It's amazing how Satan and the flesh manipulate and deceive people. Why should women cover themselves when she prays or prophesies? Because Pastor, man or God? Scripture answers. V. 10 Therefore the woman of the angels wear a veil, as a regulatory sign. Or as it also says in some translations, under the deal breaker characters. Or, protective powers over their head or give her his own authority. The best translation, which all angels notice and rejoice. Better a Living Translation can not be said. It is a sign that she is # 2, not # 1 as the man is. This goes back to creation, she's made at # 2 Angels are created all that No. 1 Therefore, one of respect towards the angels when women participate in meetings with prayer, preaching and otherwise, are covered. If there are some women who do not see this or do not want to follow God's word. This one should not conflict with the church, Paul says. They miss anything. We are in a spiritual battle that we must win in Paul says Efes.6. 12 For our struggle is not against flesh and blood, but against principalities and spiritual powers, against the world rulers of this darkness, against spiritual wickedness in high places. We must follow God's word also here to win a full and complete victory. As the late prophet Joel Barsjø put it, had I been a woman, I'd had three hats. Why is decked required? Of Angels "missing" understanding that we humans are twofold: man and woman. As a sign of this for the Angels as a man will not be covered but the woman. Then during our meeting sessions and especially when she attends. More difficult is not it. It applies only to read that it says and act as James says in his letter several times. James 2:22. You see that faith wrought with his works, and faith was perfected by works. 26. For as the body without the spirit is dead, so faith without works is dead. We need only note that the vast, vast majority of Christians in Norway has a dead faith, or should one rather say one has been misled in the faith. Norway has become a spiritual pygmies countries. Therefore it is important not to look at the believers in Norway. They are misled by and large, but the one thing. For the word of God and Scripture alone!

Praise and worship the Lord God is wonderful. But like everything else it can be abused and Satan mimics this. Is one at a secular concert so is actually much of the song indicated and direct a homage to Satan and what he stands for. Can mention groups that come under this category. Not least those Hevy and so-called heavy metal rock groups. But what about the so-called Christian worship?

The leader of Hillsong Pastor Bryan Houston sounds like a full Skotte!

The leader of Hillsong Pastor Bryan Houston sounds like a full Skotte, it is from the living God what they are doing? He is also a theologian glory with all that entails. Whether they come from Australia, it is then everything is permitted? Don t me at that low point the Norwegian Christianity moves to open up for this more and more. Glory Theologian once. Always glory theologian. It is not easy to change a man who has had success with what he has done!

Women who sing the Lord's glory, or as sex objects?

I've seen Hillsong tv and youtube and similar groups, where one looks particularly women how they appear in the clothing or lack of it, then it is not the Lord promotes, rather themselves. Where lacking the hen, with lessons on manners in the house of God. Take for example. Tabernacle Church in Brooklyn, the choir singers all have caps that are standing on the platform and sings. It seems both neatly, modestly and properly and to God's glory. Scripture also speaks of a woman who stands up will be uncovered in the House of God. The unbridled truth we see today, is perfect for anyone who wants to live in loose out of the new marriage and new relationship, the new trend in Christianity is that older preachers differ from their wives as they have children and finds a much younger lady to unfold as a youngster with her. What is the low point for the Christian bends so happy for today. But unfortunately mimics the leaders of Christianity and the world's standards of living and it is spreading fast on when empty managers Minos and others tacitly endorses this. Should one be unfortunate enough to ask questions, get a hearing that is without mercy and love and much other nonsense.

There are a lot of resources, we see others in Christendom as the carrier very good music, but when one comes within its Pentecostal charismatic, they accept everything. You go from being normal to being totally abnormal. Within its other parts of Christendom is the normal relationship where one like it that is clean, noble and good ears to listen. What is this trickery the Pentecostal charismatic leaders wonder people would accept? What is it that makes one become dumber and weirder than by the Pentecostal than it was before? Salvation promises than up. What do one here? Rock Bottom is normal, contrary to Scripture that speak about lifting people up, not least the believers!

Hillsong is accepted because it "preserves" the youth?

It's amazing that most are accepted only that gets young people to "believe" in Jesus. There are those who say that the end justifies the means, it is not what we see? Or is it the new trend we see that older men like younger women as we see more and more in Christian contexts. There are many so-called Christians who have recently divorced his wife as had a home and children to marry one who is much younger than himself. Such preachers who should have had a kick back and chased from the church of God, not recognition, and was looked up to.

Worship or mood? Worship and Satan that work?

When they received the Spirit at Pentecost, they were sitting. One was batting with God, themselves and others. Today there is something strange than see it is that the extreme wins more and more ground and reputation. And if someone is shaking it's something very, but very often if someone tremble when they are asked for it Satan and demos that work and God and His Spirit working in a person as a spiritual wrestling match. Jacob wrestled with God because he had been so stubborn and not been humiliated before, not because he had humbled himself before. It was wonderful, but then one does not really know what's what in the spiritual world, than also cheated, deceived and misled. Hillsong seems to me represents nothing more than a huge bluff on the spiritual realm! And it is gaining ground as the spiritual standard is so low, and the carnal elements so strong within its bulk of Christianity in the Western world.