No. 1608: The injustice and abuse we are exposed to by PBE and the public, will never come to light, I am convinced, as we stand up against this injustice and madness!

The injustice and abuse we are exposed to by PBE and the public, will never come to light, I am convinced, as we stand up against this injustice and madness!

I just have to say it's true that on several occasions I've felt like a dog who has reluctantly bowed to stupid things.
Blue. in the conflict with Unibuss, where I let stupidity "win" without a trial.
https://blog.janchristensen.net/2021/07/nr-2895-forlik-mellom-meg-og-unibuss.html

I really think that, on the whole, it is best and right not to give in to injustice. Therefore, my wife and I do not want to give in to the Planning and Building Agency's idiotic decisions against us which are based solely on lies and fabricated things.
We have the truth and facts of the case, therefore we do not wag our "tail" in this matter!
Like a submissive and reluctant dog. Stands up for what is right - as we see it all. Then let it go as it goes, as we cannot in every matter bow to the lie as I did, among other things. in the Unibus case. 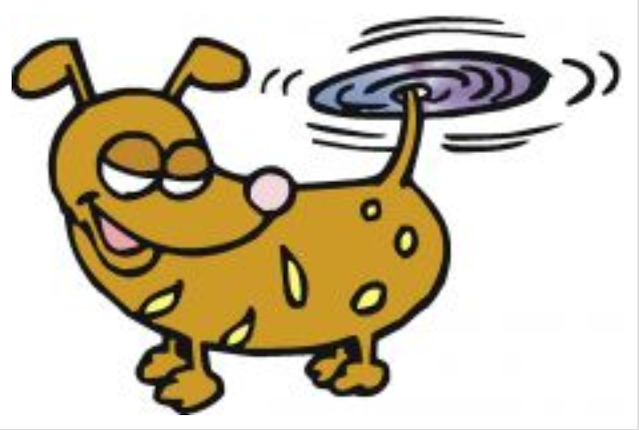 In many ways, one is brought up to be somewhat permissive and weak towards authorities.

And superiors. That is why we trusted the guidance we received.
https://blog.janchristensen.net/2019/04/nr-2446-selv-om-pbe-vil-na-komme-oss-i.html

After all, most of us have a great time living in Norway.
Then you might go on a few "snaps" and realize that it's not always a good idea to let lunatics and weird people have their way.
There in many ways losing and giving in to stupidity and madness.

I have, among other things, experienced with Unibus, where I gave in to lunatics!
https://blog.janchristensen.net/2022/05/nr-3017-etter-et-ar-etter-rettsforliket.html

As for PBE, it's amazing that no one tries to stop these lunatics who "perform" direct abuse. Such as in our case!
It is indescribable to witness the prestige that the public/authorities lay down to cover up PBE's incompetence and neglect of duty.
It is better that the innocent are judged/punished, and must receive orders and fines if one does not comply with the madness of PBE.
They absolutely cannot bear to lose face or admit this abuse against us!

The case against us is really complete madness!

I am very glad that in this matter we have never removed anything that these lunatics and poisonous persons in public have ordered us to do!
Think, we have not complied with either orders from the Planning and Building Agency here in Oslo. So wonderful to think that at least this time we haven't given in to lunatics!
Which has been approved by Oslo City Council, the Court of Appeal, the Civil Ombudsman, the State Administrator, the Ministry of Local Government and Modernization and all other public bodies for this madness they have ordered us to carry out!

I really thank God for this, and Jesus.

We have never been able or willing. Luckily!
To never comply with this outright insanity and madness that the PBE has ordered here!

This is of course a small matter here with only an "illegal" wall, stairs and storage

At the same time, it shows the insanity when these lunatics and toxic people at PBE are threatening to file a police report when we have not complied with their insanity and written back openly about their completely incompetent, evil, yes actually downright diabolical actions as they have been doing to us.
https://blog.janchristensen.net/2022/02/nr-2982-na-truer-hilde-olea-simonsen-og.html
https://blog.janchristensen.net/2021/12/nr-2961-full-seier-over-tommy-monge-og.html

It is really so bad and so incompetent, lying and an abuse of power and authority out of another world for really no worldly thing!

There has been a progressive negative development with the authorities above us, because the more we have exposed their lies and distortion, the bigger the fines have become!

There is no form of humility and honesty on the part of the authorities and those who will assess our case. It's like just smearing us, to put us in the worst possible light. There shouldn't be anything positive about us.'
The truth is exactly the opposite – there are only advantages and positives with what we have built. But what does PBE do? They try to put everything we have done and built in the most negative light possible. There's like no benefits or anything good about it.
The truth is exactly the opposite – it only benefits!
What do PBE and the public sector do? They increase the fines, and the decisions only get ruder and ruder. More and more disgusting are these people in every way!

Know that I can come across as grumpy and cross

The truth is exactly the opposite, there is PBE and the public which are sour and difficult. We just point out how horrible and it is rthe madness they are up to. And demolishing what we have built is so behind the scenes, and makes no sense. Apart from some rule riders getting some form of satisfaction, the only thing that has to be positive about what the public is doing to us. It is so unreasonable and senseless, that madness is the only thing I would call what they are doing and doing!

The whole case against us is as rotten as it is possible to remain.
Where PBE and the public have lied to try to deceive us all the way.
They won't even comment on either the fall on our property.
https://blog.janchristensen.net/2023/01/nr-3159-det-er-nok-tvilsomt-at.html

Or the location when our wall is drawn in at least ½ meter from ours before the slope.
https://blog.janchristensen.net/2023/01/nr-3161-det-er-en-tirader-med-overgrep.html

They claim that our wall, which is ½ meter further inside than ours before, had a good slope that our neighbor has today. That the wall is in the way but not the slope.
Anyone who can understand the authorities' lies and manipulation is very skilled.
We do not, because it is all a lie and a distortion of the truth and fact in our case.
This is how this agency continues, well helped and supported by other agencies and branches within the public sector.
They are lying and building up a narrative that we have exposed long ago as nothing but lies and more lies!

In any case, I'm very happy that right here in this matter, we have been steadfast and never let the madmen get in and win!
Will we get to keep the wall, stairs and storage room?
We have no plans to demolish, should that happen. Then it must be something the authorities come up with, not us! We can't handle their madness!
http://the-heavenly-blog.janchristensen.net/2023/01/no-1607-abusers-whether-it-is.html