No. 1604: The case against us is really shooting sparrows with a cannon, the authorities are simply completely hateful and lie to us to get "right!"

The case against us is really shooting sparrows with a cannon, the authorities are simply completely hateful and lie to us to get "right!"

We have done the same as Viggo Kristiansen and his cousin in Birgitte Teng's case. Protested and did not accept abuse.
Criminal prosecution for conditions that are made up and lies!
Such as in this our abuse case here!
The abusers are PBE and the public sector, no one else.
https://blog.janchristensen.net/2022/10/nr-3098-jan-helge-andersen-dro-viggo.html
https://blog.janchristensen.net/2022/01/nr-2966-det-er-min-og-min-kones.html

Then the public sector uses all means against it, and they can!

They are never punished for how they act.
Norway is like a mafia state, only actually worse (in this case, and certain other cases!) Of course, not all cases and situations.
Someone gets blanco power of attorney for everything! Especially the rich and those with contacts.
https://blog.janchristensen.net/2022/03/nr-3001-de-statligekommunale.html
https://blog.janchristensen.net/2022/03/nr-3001-de-statligekommunale.html

This rigid discrimination only makes our case an even greater abuse. Where the many examples we have presented, which show this.
https://blog.janchristensen.net/2022/07/nr-3041-plan-og-bygninsetaten-her-i.html

Usually one is punished for abuse and misdeeds.
But when the public does this against law-abiding citizens.
So they just fold their hands like Pontius Pilate, and move on.
Picture of Pontius Pilate who was responsible for world history's by far the biggest and worst judicial murder. The fate of Pontius Pilate was not of the good kind.
It never pays to be a criminal, even as a government official. 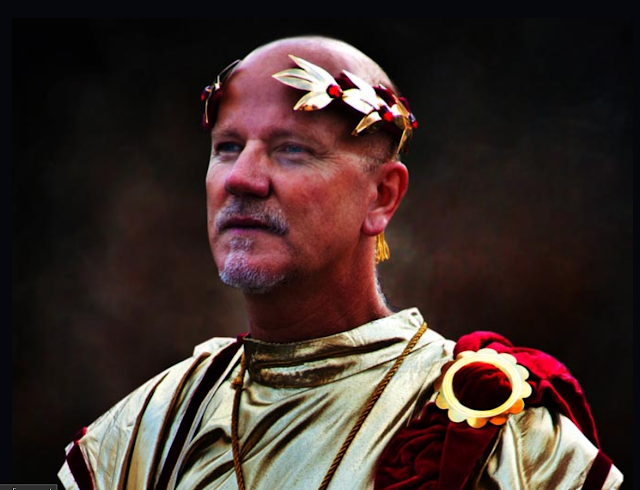 We are just a single married couple who have tried to upgrade our property!

We called down and were guided how to build the wall.
Plain and clear, without any misunderstandings or orders to apply.
Then it turns out that everything we have come up with since then in terms of claims has been true. But PBE has lied and failed to answer us all along.
https://blog.janchristensen.net/2021/05/nr-2857-bygngins-ingeniren-som-vi-var-i.html

I don't understand that such primitive and in many ways contrary to what Norwegian law says actions are possible. At least these are short and small people!
Here you fail to respond constructively, and the Public Administration Act is notoriously broken all the time! Service error, or guided error. This is also a violation of Norwegian law.
In our case, of course, the Dispensation Act should have been used, it is a statutory right that is being neglected here to our advantage.
Another violation of Norwegian law. There are only advantages to what we have built, and the law is not significantly set aside. A dispensation and approval must then be granted.
https://blog.janchristensen.net/2019/08/nr-2543-det-er-apenbart-en-tjenestefeil.html

Then they eventually find out that we are to be taken. And they will go to the Bailiff in 2020, so that we will be slapped with fines. But then the Bailiff finds out, the claim is outdated.
https://blog.janchristensen.net/2021/06/nr-2741-saken-imot-oss-er-na-foreldet.html

But the hate for PBE is so great. They do not call a meeting or answer any of our questions. They threaten to file a police report.
https://blog.janchristensen.net/2022/02/nr-2982-na-truer-hilde-olea-simonsen-og.html

X The "Bulldog" in the Planning and Building Agency, Tommy Monge police reported me. Fortunately, the police put an end to this madness.
https://www.sokelys.com/tidligere-saksbehandler-i-plan-og-bygnningsetaten-vil-politianmelde-blogger-jan-kare-christensen-for-harassering-i-lopet-av-uka/
https://blog.janchristensen.net/2021/11/nr-2656-vi-matte-sende-klage-pa-en.html
https://blog.janchristensen.net/2021/12/nr-2961-full-seier-over-tommy-monge-og.html

What does that tell us? These constantly police reports or threats about this?

Every time we have exposed PBE and the public servants. Do they appear in a collective flock.
Here one must be taken if one goes against us (PBE and the authorities.)
Where one defends each other's lies and narrative.
A camaraderie where lies, manipulation and threats are the hallmark and trademark, as in our case.
The entire public sector appears to be a Mafia operation.
Are you not loyal to their senseless and rigid decisions.
Then one must be taken and no means are too strict or they go out of their way to put into use. What a toxic public enterprise Norway is at times, I resent and am ashamed of being Norwegian sometimes! Now we are not part of this rawness and rottenness. But one becomes ashamed that such a thing is possible, and no one reacts to this criminal brutality. Where one cannot tolerate any form of "attack". Then one stands together. Whoever has attacked us and has not admitted what he has been accused of, shall be taken. All means are used, as here in our case!

We just saw it with Viggo Kristiansen. At the same time as he was about to be released from prison.
Was there an ongoing process to extend his prison term.
Just before Viggo Kristiansen was released.
Then the Correctional Service claimed to have n did not have to be released.
They worked to extend the custodial sentence for a further 4 years.
Why?
Obviously he claimed his innocence and did not accept the judicial murder.
This is also the case with us. We claim our innocence, and then one must be taken as hard as one can be taken. It is as if the wild animal is awakening in these madmen within the public sector.
They lie even more until more their lies are exposed. They appear to be totally blind to their own mistakes and their own lies!

In this matter of ours, my wife's car will now be taken first.
https://www.sokelys.com/jan-kare-christensen-inndrivning-av-tvangsmulkt-og-tvangsalg-av-bil-ender-i-oslo-tingrett/

The goal for the evil people within the planning and building authority is clear, it is to get us on the streets. This way they can keep going as they will never be punished for their madness or misdeeds. The best we can hope for is a reversal of the decision.
This is the corrupt Norway, it is a shame that such people will go free anyway!
https://blog.janchristensen.net/2022/02/nr-2984-pal-granberg-og-astrid-myhra.html

We have revealed that the underlying drawings. They are misleading and "stolen" by the public sector. The fall on our wall is property is vertical.
PBE and the public have been exposed as liars, and what will happen next?
That our property should be counted from house D?
They come up with something all the way, even if they lie in every sentence.
They are a bunch of criminal abusers in this case, job done.

They will never admit that there are objectionable circumstances if they lie from the time they get up in the morning until they go to bed.
This is how the public servants in Norway are, a bunch of criminal abusers who are allowed to continue like this.
They have absolute immunity even if they go on like they do.
Narrative in Norway is big where public agencies and people protect each other.
Where the abusers within the public sector are protected by each other themselves, as in our case.
Where a liar and the distorter of the facts in the case because it should suit PBE many lies over the years.
https://blog.janchristensen.net/2022/11/nr-3115-det-er-et-narrativ-som-det.html

Even though we have been guided on how to build the wall and what has been built, it is really only a matter of trivial excesses, our wall is approx. 30 c. higher than what is permitted. What is it? Nothing!
The shed is only about 4 m2 "too big." The stairs are necessary, or we will be the only house facing Stormyrveien without access to the main road here for us. We are subjected to an assault, nothing more than that.
Here we are trying to be intimidated into obedience by the public's many lies and distortion of the facts in the case!
It is and remains an abuse. A miscarriage of justice as we have been in court before, and district judge Edvard Os lied all the way through the judgment against us.
https://blog.janchristensen.net/2022/11/nr-3103-det-er-et-maktovergrep-av-det.html

We're just wondering what's next for abuse after this lawsuit regarding my wife's car.
Because we have already mentioned what the correctional service was doing to Viggo Kristiansen above. It was to have him locked up for another 4 years, he was to be taken even if he was innocent. He did something so "terrible."

Protested against the judgment and the authorities!

Do something like that to lunatics, then they feel stepped on. Abusing all the funds they have in their "tool" chests.
This is how the case against us is too, a gross assault! Falling down towards the road on our property, it's steep. Then, according to its laws, PBE allows walls of 1.5 metres.
Here we are trying to distort this so that it now applies to our entire property. They don't do that in other cases, and this is completely at odds with how others are met by PBE. The case against us is abuse of power and authority from beginning to end. We will never conform to the public abuse of a law-abiding and upright married couple! The case is and remains an assault!
There will be no less abuse if other public bodies defend the misdeeds of PBE. It just gets bigger, worse and uglier!
https://blog.janchristensen.net/2022/12/nr-3144-vi-har-etter-hvert-skjnt-mer-og.html

Stay tuned, there will be more where I expose PBE and the public's ineptitude, criminal behavior and revenge and reprisals if you speak against them and reveal how lying and criminal they are.

Not least in this case of ours, a bunch of hateful, criminal, low people who can't stand anything against them. Tragic but true!
https://blog.janchristensen.net/2022/09/nr-3071-plan-og-bygnningsetaten-har-hevn.html