No. 1536: It is bad with Turkish authorities, but Norwegian authorities are not better many times!

No. 1536:
It is bad with Turkish authorities, but Norwegian authorities are not better many times!

Pastor and fool apostle Jan Aage Torp who was able to mislead the police, the prosecution, the courts and many others with his cunning lies and distortions.
It is completely inconceivable that the authorities are so easily seduced by a liar, manipulator, narcissist and psychopath. 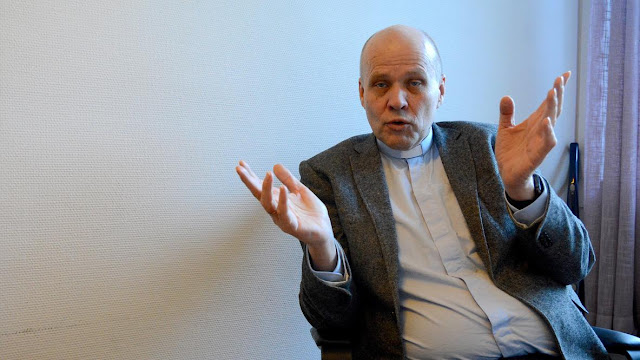 I'm innocent, everyone else is guilty, I'm just a narcissist and a liar of rank.

I was convicted in Oslo District Court and Borgarting Court of Appeal for hate speech.
The truth was that I had not come with anyone, but they judged me anyway.
Why?
The hatred of Christian values ​​and Christians is unfortunately unfortunately strong many times with the authorities.

The verdict was that he had written "too much".
It is inconceivable to get such a verdict, this is of course the murder of justice of all time.
http://justismord.janchristensen.net/

Erna Solberg is a dangerous Prime Minister with freedom of expression in mind. It is those who have "dissenting" opinions that need protection. Here, Erna makes a gross mistake, and she indirectly defends violent Muslims who belong in prison. See here for freedom of expression: https://snl.no/ytringsfrihet

Freedom of expression is the freedom all people have to express themselves by expressing what they think and want to say something about. Since the end of the 18th century, it has been considered a human right, and it has a strong protection in both national and supranational legislation.

Freedom of expression includes the freedom to convey ideas in expression or action and to choose to express oneself or not. This also applies to the freedom to receive the utterances of others. The latter is often called freedom of information.

A certain freedom of expression is necessary for people to be able to live together and forms the basis for interpersonal communication and interaction.

The protection of freedom of expression is particularly justified in three respects:

It is necessary for man's search for truth - only through free exchange of opinions can we get closer to the truth.
It is the basis of our personal autonomy and freedom - we have the freedom to share our thoughts and accept others, and by virtue of this freedom we develop as human beings.
It is a prerequisite for democracy - without free speech, no free information, no free opinion formation and no real basis for democracy, neither through individuals' informed voting nor the opportunity for participation in the public debate.
Historically, freedom of speech can be traced back to antiquity. But it is the Enlightenment and its focus on the social significance of individuals that has remained the central basis for our understanding of this freedom.

Freedom of speech is not absolute. There are several statutory restrictions on freedom of expression, such as the prohibition against making threats, defamation, invasion of privacy, harassment and grossly pornographic, discriminatory and hateful statements.

On the other hand, censorship - stopping an utterance before it is made - is, as a general rule, not permitted, unless it is necessary to protect children and young people from the harmful effects of live images. Reactions to illegal statements can only be used after they have been made.

In practice, perceptions of what is right to say have as much significance for the actual freedom of expression, as legal ones: Presumably far more statements are withheld for fear of ridicule, marginalization or expulsion, than for punishment.

Erna Solberg's confused narrative when she trumpets here that she has nothing left for SIAN, and gets the attention away from these violent Muslim mobs.
Erna Solberg should go out and defend SIAN, so that they are allowed to express themselves as they wish.
Freedom of expression is probably not so strong in Norway, not least because it shows the verdict against me.
Norway is in many ways a worst country, it says i.a. that Norway tops the statistics in relation to the population in crime.
Then human rights violations convicted in the human rights court Strasbourg in France.
Where the European Court of Human Rights is located in Europe.

Think for myself, I am Norway's "kindest" man, but I believe in Jesus and the Bible.
Then there is a free game in Norway, Norway the worst in Europe has been a violation of human rights.

Pray for Norway, because here truth has become a lie, and lie truth.

Yes, freedom of speech gives the opportunity to say and write whatever you want, as long as you do not encourage and threaten violence and harm to others physically.
It is the controversial and controversial opinions that need protection more than anyone else!
Lagt inn av Jan Kåre Christensen kl. 07:41