N. 1538: Board meeting above, where both I / we and Unibuss were allowed to present our arguments to the Discrimination Board, which will probably hand down a verdict within 1 month!

Board meeting above, where both I / we and Unibuss were allowed to present our arguments to the Discrimination Board, which will probably hand down a verdict within 1 month!

Picture of Ivar Danielsen who led the negotiations in the Discrimination Tribunal. 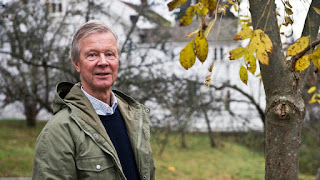 From YTF I then received help and who spoke on my behalf, Lawyer Josefine Wærstad.

From Unibuss, they had a broiler and rude Lawyer Johannes Straume.

The head of the court was Judge Ivar Danielsen (Agder Court of Appeal).

He led the whole affair excellently.

Judgment I think will come after the Discrimination Tribunal's guidelines of approx. 1 month.

Unibuss I did not take into account other people.

In other words, when Unibuss spoke, it was like hearing the description of themselves when they tried to blacken me as much as possible.

This is where they themselves are stuck, they do not take into account.

On the other hand, we tried to bring out the factual and legal points. Where my Lawyer Josefine Wærstad thought that there were 6 points that were important.

1.) Unibuss is the person responsible here in relation to the complaint. Not Routes or others.

2.) Listening to Christian radio channels is protected by the provision of the law or the legislation.

4.) Whether the Discrimination is direct or indirect. The volume and content are intertwined, so this is both direct and indirect discrimination as I can not really listen to Christian radio anyway.

5.) Whether the Discrimination against me has objective grounds, something we believe it does not have at all.

But what makes us guaranteed to win this case is the question that leader Ivar Danielsen asked me.

If I feel that I am allowed and can rant on the radio with Christian content high or low, will put my job at risk in terms of dismissal?

I answered yes to that, which of course is true and which makes Unibuss guilty of answering itself.

The case is then also about my working relationship as Unibuss constantly disputes sick leave and other things due to this case.

I personally believe that we both win the case and get redress.

Not least these retaliation in terms of reviewing my sick leave and other things. Has made my case strong in terms of compensation!