No. 1526: Throughout the history of the congregation in the past - the present - and forever, God will not accept that someone who is married should serve "at the tables!"

No. 1526:
Throughout the history of the congregation in the past - the present - and forever, God will not accept that someone who is married should serve "at the tables!"

Heb. 13. 8 Yesterday and today Jesus Christ is the same, yes forever.
One of Satan - our enemy's - great "tricks" is that God has changed his image of man.
He has not done that, it is always the same demands, opinions and everything that God has stood for and stands for today.
There is no change or writing shadow with God, He is not like us humans who need to change, improve and change our minds.
James 1:17 Every good gift and every perfect gift comes from above, from the Father of lights, with whom there is no change or changing shadow.
God is eternal, and unchangeable, hallelujah! 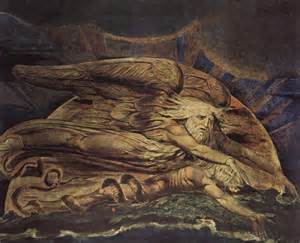 It goes like a "red" thread throughout the entire Word of God, that no one who is married should be a member of the leadership of God's congregation to bear responsibility!

This is something that was in ancient Israel by priesthood there.
It applies to the New Testament congregation, and the coming 1000 years of Kingdom approaching.
That one today allows those who are remarried to perform on the podium and be in the lead is something that totally breaks with God's word, this is God's word very clear on.

But even though one has been divorced as a believer and one holds a ministry, more stringent criteria are set. There are several places in Paul's teaching that one should be one woman's husband (see Pastoral Letters). What?
Jacob says in his letter chapter 3: 1: “My brothers! Not many of you must become teachers! Because we know that we will get the more stringent judgment ”.

The responsibility is very great to be a preacher. Being a regular congregation member and being a preacher makes a big difference.

This is not to say that one is more loved by God, but it has to be faith in the area of ​​responsibility God has given one. I believe that God will forgive every sin. But here are other things that need to be taken into consideration, which proclaims you to have a special responsibility.
Would anyone in a profane context allow a pedophile to work with children? No. Equally clear is the Scripture that we should not allow a married preacher to preach to other people with a Pastoral and Teacher responsibility.
That one is an Evangelist such as Frank Mangs was after he got divorced, we can admit. But do not be ordained as Pastor, Shepherd or Elder. One does not have to be the leader of the flock and the herd, but to be himself under some form of supervision.

But when one holds a ministry that proclaims, much is required.
Therefore, Jacob says that not many should be preachers. Therefore, a preacher cannot take liberties only at his own expense; he has a special responsibility for God and his fellow human beings.
When it comes to marriage, it is not allowed for a preacher to remarry under any circumstances, as he disqualifies himself for the office he has been given. It's like an athlete cutting off his legs, he is no longer fit to be an athlete, if he so wishes. A preacher should be a woman's man we see Paul teaching time after time. (1 Tim. 3.2 and Titus 1: 6).

We read that scripture gives a clear testimony of the pastor in the old covenant how to live, who stood in the same relationship of responsibility to God and his fellow men as the preacher and overseer in the new covenant. Leviticus 21:14: “A widow, or a divorced woman, or a dishonorable woman, or a harlot, he shall not marry such a thing. Only a virgin of his people shall he take to wife. "

We read that God gives the same testimony and demands the same of the Pastor during the coming 1000 year Kingdom to serve the people of Jerusalem in Israel, where law and justice are to be assumed. Ezekiel 44:22: “A widow or a woman whom her husband has divorced, they shall not take to wife, but only virgins of the house of Israel. But they can take a widow who is a widow after a priest. "
When Scripture is so clear about the pastor in the Old Covenant and during the 1000's, it is no less clear when it comes to the church's timekeeping, we who live under the most glorious and greatest privilege of all; "One woman's man".

Jesus no to remarriage

When doing a very thorough analysis of Jesus' answer to the Pharisees in Matthew 19.9 to their question of when it is permissible to divorce.

Then shows that the exception clause in this verse ("for some reason other than adultery") is only related to the divorce ("the one who divorces his wife" and not to the remarriage ("and marries another").

Also, the disciples' response to Jesus' response, which Andersen points out, suggests that Matthew 19.9 should not be understood as permission for remarriage: Jesus' disciples probably shared the common view among the Jews that valid divorce meant valid remarriage.
Therefore, they respond with dismay to the strict conditions of marriage that Jesus expressed in the conversation with the Pharisees and believe that the conditions Jesus assumes must be better not to marry than to marry (19:10).

Thus, the reaction of the disciples seems to be an expression of their perception Jesus' answer to the Pharisees as an absolute no to new marriage.

In the review of Paul's teaching on marriage and unmarried status in 1 Corinthians 7, a Christian spouse is not "bound" by a mixed marriage in which the non-Christian party will be divorced (7.15), as a reference to the divorce ban the apostle has " from the Lord ", reproduced a few verses earlier (7.10-11), not for the dissolution of the matrimonial bond.

Also, an abandoned spouse should abide by the rule: either remain unmarried or reconcile with the spouse.

The profound exegetical review of Gospel texts, Paul and the Church Fathers provides me with a very solid basis for concluding that these texts do not give any right to remarriage after divorce.
Only two reasons for remarriage are in the New Testament.

1.) When one has been abandoned then one received salvation and the other then will not live as a believer.
1 Cor. 15 But if the unbeliever part, he shall do so; The brother or sister is not enslaved in such things, but God has called us to peace.

2.) At death, it provides an opportunity to enter into a new marriage.