No. 1511: The Corona virus and all other epidemics can be traced back to not following the Law of Moses and the customs of purity we find there!

No. 1511:
The Corona virus and all other epidemics can be traced back to not following the Law of Moses and the customs of purity we find there!

Many Jews were accused too much when mortality among Jews was much, much lower than among others. What came of it? In short, their cleanliness.
Hand washing has been practiced among all Jews for 3400 years, among Europeans 200 years. In China as the Corona virus started, one eats even snails and other things alive with their hands. ++++ many other things, no wonder the Corona virus originated there, though I by no means believe we are that much better than them.

There is something completely incomprehensible about many people that I do not understand. Therefore, I would urge everyone to be careful, to think carefully and to live up to the Mosaic Law, even though we as believers are not necessarily called to follow the Mosaic Law in one and all! 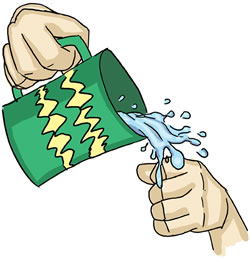 Room. 1 19 for what one can know about God is open to them, for God has revealed it to them. 20 For his invisible being, both his eternal power and his divinity, is visible from the creation of the world, being known by his deeds, so that they may be without apology, 21 because, though they knew God, they did not honor or thank Him. like God, but became poor in his thoughts, and their foolish heart darkened. 22 As they made themselves wise, they became fools, 23 and exchanged the glory of the incorruptible God for an image, an image of a perishable man, and of birds, and of four-footed beasts, and of creeping things. 24 Wherefore God also delivered them into the lusts of their hearts for uncleanness, to dishonor their bodies among themselves, 25 those who exchanged the truth of God for falsehood and revered and worshiped the creature before the Creator, who is blessed for ever. Amen. 26 Therefore God gave them up to shameful lusts; for both their women, the natural use turned to the unnatural,

Now, as an evangelical believer, I do not believe in blind obedience to everything in the Mosaic Law. But there are still as many things there as we should and should take care of. And God himself says that the Mosaic Law and all the ordinance God gave to Israel are spiritual, just, good and to the best of us humans. There is protection and rebuke in keeping the Law, if it can never bring us salvation!

Room. 7. 12 Then the law is holy, and the commandment holy and just and good.

I would not speculate on this, but I am convinced that there is a lack of cleanliness in dealing with animal slaughter and further eating.
There, presumably, someone has eaten things that are not good and not least the usual diet for us.
Here one can speculate a lot, but there is no doubt that the Mosaic Law and its regulations are well flammable 3400 years after it was written.

Attaches some links to view: