Have tried to " finish " my blog for a while, but have received some questions lately that I have black and is about to answer . Secondly, there has been a lot of things that unfortunately few people have written about and focused on . Among other the Apostle , Pastor and Evangelist in the Calvary Chapel in Costa Mesa, California, Chuck Smith died 3 October 2013. Photo of Charles Ward Smith was his real name , Chuck was a nickname which was "his" name 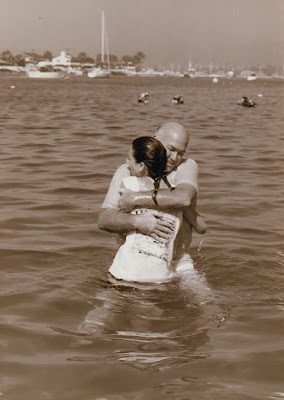 From Wikipedia translated from English to Norwegian by Google:

Smith's wife , Kay , led the women's service at Calvary Chapel Costa Mesa for many years. Smith's four children are currently working or have worked in the Ministry. The 27 December 2009 , in the early morning hours , Smith suffered a minor stroke at his home and was immediately hospitalized. He was so well that he returned to the service for a while.

Chuck Smith announced during the New Year 's Day 2012 service that he had lung cancer. In June 2013 Smith's doctors upgraded his lung cancer from stage three to level four . Smith died in his sleep around 3:00 the night of 3 October 2013 , at his home in Newport Beach, California ( end of quote ) .

My meeting with Pastor Chuck was not until the mid 80's by a book, and several books have we of him . Otherwise, I got hold of some of his speeches systematic Bible teaching that made me utterly thrilled and simultaneously spurred me to do the same.

Today many are speaking out on the net of him and you can download them on the Phone and hear such through your own cell phone. The opportunities are endless .

Chuck Smith, a veteran and true Apostle is gone

Here what Chuck Smith wrote about a while back :

Acts 8:27 p.m. For I held nothing back , but preached unto you the whole counsel of God .

" Try always to present yourself to God as one approved , a workman who does not have anything to be ashamed of , one that the right way distributing the word of truth . " (2 Tim 2:15 )

Ever since I went to Smyrna Bible Institute (now Kraft school ) , I have been gripped and thrilled systematic and comprehensive biblical teaching. One of the first things I did in my first Bible was the writing of the Bible from listing to Poul Madsen that we have on our website in my own Bible where every book that was the message I recorded .

How do I read the word of God has influenced me and had great influence!

I always read the word of God in the following way after I was baptized in the Holy Spirit and fire . Always read the books and sections of God's word. Or read the Bible from cover to cover and . Have read eg . through the Old Testament once and the New Testament three times. Samuel books and other passages in the Word of God , I read more often than many other places in the Word of God . But there has always been a complete Bible reading and study I have done.

It is the holistic biblical teaching that I did see that God is triune but one , that the Bible teaches annihilation of the wicked, and that God the Father will torment people forever !

Psalm 119:160 The sum of Your word is truth, and forever is all thy righteous law firm.

To me, holistic, systematic and structured Bible teaching is perhaps preaching largest and most scarce today . For the first Christians and apostles were not. They preached the whole counsel of God of Salvation !

Jesus taught throughout the Bible

Luke 24 27 And beginning at Moses and all the prophets, expounded unto them in all the scriptures the things written about him .

Paul taught throughout the Bible

Acts 28th 23 And when they had appointed him a day , there came many to him into his lodging , and he was explaining to them by solemnly testifying about the kingdom of God , persuading them concerning Jesus the law of Moses and the prophets , from early morning till evening ( end of quote ) .

What did Pastor Chuck Smith so special was the combination he had between the thorough and comprehensive Bible teaching. But while his commitment to the unsaved. Smith spent much of his time on the crusade on the beaches of California and he performed many baptisms in the Pacific. Chuck's casual style made ​​his preaching appealed to young " hippies " and there's little slice of 1970s Jesus movement that has now closed down walking stick .

Pastor Chuck Smith had a long period of illness before he died , this was enough to clean and able to put him to heaven? ! To thought the old Christians it . Had prior contact with an ancient prophet Joel Barsjø . He believed that a long period of illness before death, was a way God made us " fit " for heaven. Anyway, Pastor Chuck Smith has given me a lot , and of all that is out there on the net of him, or one can get in. So will his tuition be a blessing for many many years to come !