No. 1592: Former Superintendent in Filadelfia Oslo Morgan Kornmo, turned against me when I pointed out that he trivialized and overlooked Arne Bakken's erroneous teachings adopted from Kenneth Hagin!

Former Superintendent in Filadelfia Oslo Morgan Kornmo, turned against me when I pointed out that he trivialized and overlooked Arne Bakken's erroneous teachings adopted from Kenneth Hagin!

Picture of Arne Bakken, who was pastor among other things. in the Oslo Christian Center and the Pentecostal Congregation at Strømmen, the Central Church. 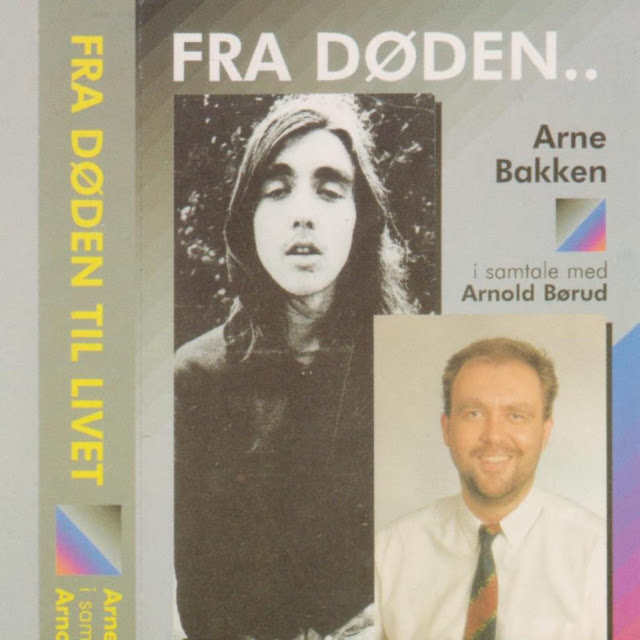 My wife and I were part of the Pentecostal congregation Filadelfia here in Oslo for a few years, from approx. 1987 – 1991. It will probably be 4 years, then as members.

Before we started Smyrna Oslo.

The whole congregation there is of course not corrupt, but certain conditions there were very reprehensible when I look back at what happened!

Then to get a recommendation and become a preacher in the Pentecostal movement.

The great Chief Morgan Kornmo would recommend him.

But I was strongly against this, which Morgan Kornmo did not like at all.

I pointed out that he was moving far too quickly.

(Then as a preacher and Pastor at OKS, something I could document with a voice tape etc.)

Was not really the Son of God, but a lost man who was subject to Satan.

The so-called JDS doctrine. + everything else he stood for!

This in turn resulted in me not being recommended as a preacher there by Morgan Kornmo.

When David Østby became Superintendent, I received a recommendation.

In any case, it shows again and again that it is this feeling of power that unfortunately sometimes spins out within the congregation, which causes things to go the wrong way!

What did this result in?

Arne Bakken became Pastor in Strømmen, and there he met some opposition again.

In many ways, you can say that he is like a big spoiled child under Principal Morgan Kornmo.

Arne Bakken was, to put it bluntly, a false teacher and off track when it came to following the Lord.

But had he also been met with demands.

Then I am convinced that everything would have gone so much better with him.

Morgan Kornmo who strongly resented my pointing out his lack of judgment here.


What happened to Arne Bakken?

It says the following about him online:

After 20 years without drug problems, Bakken experienced a "crack", and died of an overdose in his apartment in Oslo.

Here he sits in his chair and decorates himself, but the heart is more important to take care of than the exterior.

It testifies to the spiritual maturity I already had then.

Why? Requirements must also be placed on those who are to be preachers and have a responsibility in the congregation.

Bakken came from Oslo Kristne Senter with all that false teaching there.

Then becoming a "Pentecost friend", it's a transition. Hibernate then, now I don't know?

There are several lessons here. Blue. that the power play that sometimes takes place within a congregation is downright unspiritual.

It is not usually those with spiritual flair who "win!"

But those with positions and positions. Just like in the world.

But God is good, and will always lead his cause to victory and glory!

I wrote this a few years ago:

Arne Bakken retreated into the Pentecostal movement. I warned against this, that he would be recommended to David Østby and Morgan Kornmo. They didn't believe me. Then I received thanks in cassettes where Bakken taught about the JDS teachings. Even then they wouldn't listen to me. Bakken received his recommendation and worked, among other things. in the Pentecostal church at Strømmen, before he flew with prostitutes, became a pimp and took an overdose and died. What judgment will these people receive who let him into the Pentecostal movement even when I warned them?

But that such people are ruled by God?