No. 1579: Jan Hanvold's teachings on sowing and reaping are foreign teachings and seductive Spirits behind!

No. 1579:
Jan Hanvold's teachings on sowing and reaping are foreign teachings and seductive Spirits behind! 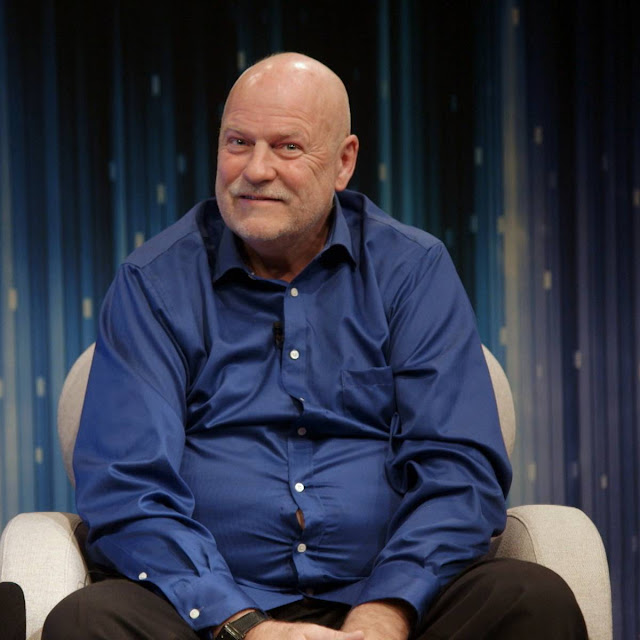 Hanvold himself says that he divorced because he had such bad sex with his four wives. I myself have heard him say this several times.
Now he has "Heavenly sex."
The man is so out on the plains, that Gordon Tobiassen, David Østby, Dag Øyvind Juliussen and others who support him.
I can not understand that people who live with God can do !?

1 Tim. 4. But the Spirit says in clear words that in the ages to come, some will fall away from the faith, adhering to the teachings of deceiving spirits and devils 2 by the hypocrisy of false teachers, who are branded in their own conscience.

Jan Hanvold promotes a doctrine that is about sowing, reaping and getting rich!

He himself has practiced this - "succeeds" - and proclaims quite freely that this works for everyone. I'm just a street boy from Drammen.
Work it for me, work it for you too, says Hanvold.

But there are many things here that do not agree with the scriptures.
To name a few things briefly.

1.) Jan Hanvold and the faith movement talk about giving in order to receive. Scripture also says this to some degree. But the point is mostly to help, and be a blessing. Shall we give, and it also shows our heart. God bless us, that we may again be a blessing. We will be blessed to bless.

2.) To me, it seems that Hanvold gives of his abundance, while those who are the "foot people" give to the UN and become poorer by giving to Hanvold's "empire!"

3.) The third thing I want to address is that Hanvold engages in a form of "Freemasonry". There if Hanvold gives to someone, then it is to get their acceptance.

We know that Hanvold is divorced and married herb times. As a publisher and overseer, he should not be remarried.

In other words, Hanvold "catches" people in the way that legalizes his sin. Hanvold gives money, he lets you get on the TV screen etc.
Then you must be completely silent about what you may disagree with Hanvold about.
Grace you if you say something - negative.
Then Hanvold marks you as disloyal, a Judas and traitor!
Then it's over and out! Collaboration an impossibility.

4.) Trumpering what you give as Hanvold does is also against scripture.

It is of course possible to go more in depth here. But my point is that Hanvold is a typical false prophet who sails under a false flag.
Everyone who supports him and Vision Norway is in the extreme consequence of supporting the opposite than Jesus, God and God's kingdom and congregation.
The apostle John says of such:

1 Joh.b. 2. 18 My children! it is the last hour; and as you have heard that the Antichrist is coming, so have many antichrists come; hence we understand that it is the last hour. 19 They went out from us, but they were not of us; for if they had been of us, they would have been with us; but it should be evident that not all of us are.

For me, it is therefore so wrong in every way to give only 1 kroner to Jan Hanvold and Vision Norway.
Hanvold is a man like Balaam, and who has the skin of piety.
But do not live a reverse Christian life.
He is missing everything on this.
Therefore, absolutely everything that Jan Hanvold teaches, proclaims and conveys is nothing but a sour and foreign doctrine!
If life and learning do not match, then we live in a self-deception. Jesus himself says that when life and doctrine match, one should be called great in the kingdom of God and the church of God.
With Jan Hanvold, nothing matches.

Notice what Jesus says and teaches. "He who keeps them (God's commandments and the word of God) and teaches them others, he shall be called great in the kingdom of heaven."

In Jan Hanvold's it is the opposite, he is among those who do not keep Jesus' commandments, therefore he is disqualified, set aside as useless and is to be compared to stale and useless food or an object.
If you come across stale meat or something else that is infected and stale.
If you become one too, that is why the scripture says that one should not even associate with such.
Scripture goes so far as not to even eat with them, meaning to share fellowship.

1 Cor. 5. 11 But what I wrote to you was that you should not associate with anyone who is called a brother and is a prostitute or a gardener or an idolater or a slanderer or a drunkard or a robber, so that you do not even eat with him.

Jan Hanvold falls inside or this category, therefore the scripture says both here and many other places.
If you cultivate such, you will also be affected and infected by the same Spirit and sin.
Which in turn will lead you away from Christ and the word of God.
Scripture gives counsel, guidance, and exhortation to us to reach the Heavenly Land and be fit for all good works, in the Name of the Lord Jesus Christ!