No. 1565: Sebastian Stakset, remarried, the scripture says a preacher should be one woman's man, is he then fit to be a preacher?

Sebastian Stakset, remarried, the scripture says a preacher should be one woman's man, is he then fit to be a preacher?

Picture by Sebastian Stakset.
Is it possible for publishers to have more wives?
Only they have a wife about the gagen?
Or should the scriptural words apply, all except those who have sexual and moral problems?
That one should be one woman's husband (fidelity for life)?
This is the biblical thing, marriage is a covenant where there is only death that allows one to remarry! 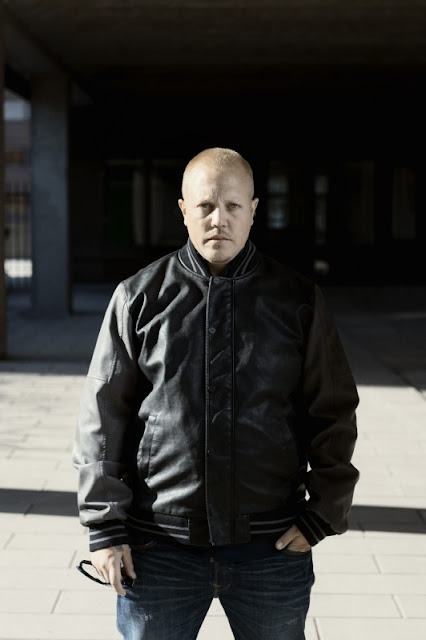 1 This is a credible statement: If anyone wants to reach out for the ministry as pastor, it's a good deed.

2 But the head of the congregation must be blameless, he must be the husband of one woman, be sober and upright, have good manners, be hospitable and able to teach.

3 He must not succumb to wine, nor be violent, [do not seek unjust gain] but be humble, not be thirsty, nor greedy for money.

4 He must be kind to his own family and have children who submit to him in all reverence.

5 For if anyone does not know how to appear among his own family, how can he take care of God's church?

6 He must not be newly converted, lest he become conceited and fall under the same judgment as the Devil.

7 And he must have a good testimony among outsiders, that he may not have a bad reputation and fall into the snare of the devil.

It says i.a. that a preacher should not have multiple marriages behind him.
It is quite clear and explicit:
"But a parish priest must be blameless, he must be a man of one woman"

One woman at a time or one woman's husband.

Sebastian Stakset has had several wives, who is the right one?
At least he's not a woman's man when he's remarried.
In other words, let him preach the word of God everywhere. Is this correct?

10 To the husband I command by the Lord: A wife shall not leave her husband.

Furthermore, the scripture says the following:

Room. 7. 2 A woman who has a husband is bound to him, but if her husband dies, she is released from her husband's law.

Here the writing is as clear as possible.
It is not permissible to remarry as a believer.
If we do that, then we drive or live in adultery, constantly.

In the extreme consequence. Then this also leads us to perdition.
Scripture says:

1 Corinthians 6: 9-11: They shall not inherit the kingdom of God

10 Neither shall any thief, nor covetous man, nor a drunkard, nor a mocker, nor a blackmailer.

11 Such were some of you. But you were cleansed, sanctified, and justified in the name of the Lord Jesus by the Spirit of God.

James 3. 1 Brethren, not many should become teachers, for we know that they will receive more severe judgment.

The writing is very uniform and clear. Being remarried as a preacher violates God's standard.
We also find that in GT. Where priests could not do things that others could. The standard is higher for preachers and those who are to stand in the name and speech of God.

We read that the scriptures give a clear testimony of the priest in the old covenant how he should live, who was in the same relationship of responsibility before God and his fellow human beings as the preacher and overseer are in the new covenant. Leviticus 21:14: “A widow, or a divorced woman, or a dishonored woman, or a harlot, he must not marry. Only a virgin of his people shall he take to wife ».
We read that God gives the same testimony and demands the same from the Priest during the coming 1000-year kingdom that will serve the people of Jerusalem in Israel, where law and justice will be based. Ezekiel 44:22: “They shall not take a widow or a woman from whom her husband has divorced, but only virgins of the house of Israel. But they can take a widow who is the widow of a priest.
When the Scriptures are so clear when it comes to the priest in the old covenant and during the 1000 year kingdom, it is no less clear when it comes to the church's time management, we who live under the most glorious and greatest privilege of all; «One woman's man».

Scripture clearly states that Sebastian Stakset is disqualified from becoming a publisher.
He may be a Christian, but not a preacher and evangelist.
Can come with a testimony, and sing if necessary?
He does not live in fornication according to scripture, when this happened before he was saved?
But still, preacher he can not be and travel around as he does today!

He has several children (two) from his first marriage, and one with the last lady with whom he is also "married".
Even in the world, such conditions have much to say, except in the church of God.
There it is free above all.
But this is not how the word of God teaches, a preacher should not have many wives and marriages behind him.
There is only one lady and one woman.
Should one remarry while one's first wife is alive, one is no longer a woman's husband. But two or more!
This has zero with my opinions, this is the word of God!