Recently, I have been squeezed and tried by the management of Unibuss where I work and run a bus through harassment, bullying and discrimination.

What is at issue are some customer complaints with little and no hold.
The latest customer complaint has been constructed as it claims that I played loud music while talking to the prosecutor with a leash 2 meters further behind.
When the customer who claims and complains that I play loud music, I talked with behind the latch.
It is physically impossible that this can happen when my speaker is 30 cm from the ear and complaints are 2 meters away.
The appeal is constructed as it is physically impossible to have a loud sound conversation under such conditions!
It will be like winning the lottery without playing, just as credible and hold on is in the last customer complaint of May 20. 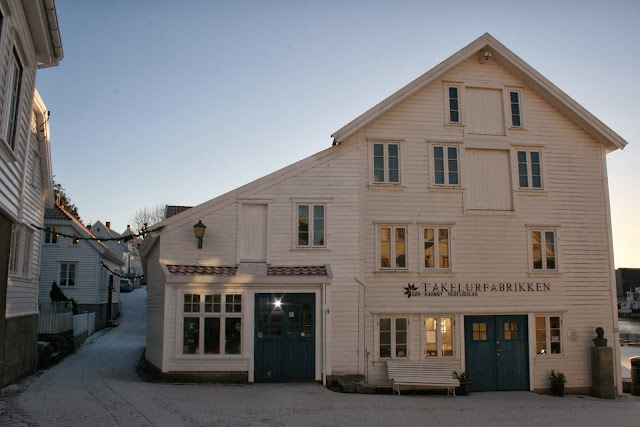 Picture of the mist in Skudeneshavn on Karmøy which is approx. 10 meters high, which I stood with on the ladder and played preaching and singing that sounded all over Søragadå in Skudeneshavn in 1982.
This is where Karmøy municipality was located, as I worked at the time.
But I quit my job to start at the Bible School for free friends who were then in Våler in Re municipality. Which is between Tønsberg and Horten.

Then I and another were set to paint the house that one was then in.
Had other tasks too, but painting the fog clock was part of the work we did.
It was the old fog clock factory in Søragadå in Skudeneshavn which was, as I said, the residence of Karmøy Municipality in the south.

Then I had a cassette player with me. had a rope in.
As I had around me, there I heard various cassettes that sounded out over Søragadå in Skudeneshavn.

I remember I listened to some voice cassettes I had received from a sister in the congregation.

It's weird, I actually played Christian preaching out in the public space on both Karmøy when I was playing tape recorder.
And here in Oslo, whether there are many years in between.
In Karmøy it was loved, here in Oslo it is also loved by many.
But there are some - whether they are Muslims or not, I do not know?
But it is striking that they can not tolerate anything about Israel and otherwise Jesus.
After all, I think there will be a full victory in Discrimination Energy.
We have freedom of religion and belief here in Norway, including Oslo!
Still pray for me, and the case!
I appreciate that very much, thank you for that!

Remember well i.a. an older lady, Mrs. Linn, do I mean her name?
But she's dead now, saying they thought it was great about the preaching and singing.
The only thing they were worried about was me hanging in that 10 meter ladder with that cassette player with me.
Here in Oslo it is the opposite, where they care less about people, but more after dealing with discrimination, bullying and harassment of Christians, not good!
If you have a Jesus, everything will be fine! If you don't have Jesus, nothing is going well!
Lagt inn av Jan Kåre Christensen kl. 11:22