No. 1532: Discrimination of Unibuss above me when they give more service claims for playing Christian radio, Muslims and others often play far higher than me!

No. 1532:
Discrimination of Unibuss above me when they give more service claims for playing Christian radio, Muslims and others often play far higher than me!

The picture of me on the bus here in Oslo. 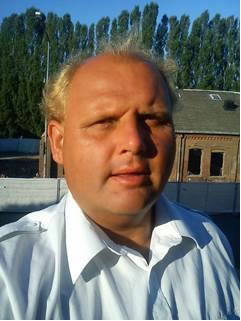 Bus driver Jan Kåre Christensen received a service claim from Unibuss for listening to loud Christian radio broadcasts at work. With the help of YTF's lawyer, Christensen has appealed the case to the Discrimination Board with allegations of religious discrimination. Christensen has been running a bus for Unibuss in Oslo since 2005. Prior to that he was employed for ten years as a professional operator in the electrolysis at the aluminum plant at Hydro Karmøy and has otherwise run a courier and truck before he started driving a bus. Jan Kåre Christensen is a regular worker.

Like many of his colleagues, he listens to available programs on the bus's DAB radio while driving, on news, debates and more. The fact that the bus drivers listen to radio on the job is widely accepted and accepted. Since Christensen is a Christian, he also listens to religious and Christian programs.

In November, Jan Kåre Christensen was called in to his group leader at Unibuss and assigned a written service claim. The rationale was several customer complaints about loud religious sermons.

Customer complaints are usually addressed to the Ruters customer center, who passes these on to the operating company. In this case, five complaints with similar content were referred:

Thus, the complainants' reasons contain a combination of volume and religious content. Jan Kåre Christensen even refuses to play loud music. He also emphasizes that he has only listened to ordinary Norwegian radio channels. Therefore, he is sure that the real reason for the complaints is the Christian program choice.

As a YTF member, he contacted his local union representative Leif Arne Myhre, who confirmed that he, like all other bus drivers, should be allowed to listen to the radio channels he himself wanted. The bus driver then contacted Unibuss to clarify which rules applied.

Are we as bus drivers allowed to choose even the channels we want to play? Are there any restrictions if, for example, a passenger visits the bus driver and asks him to change channels?

Unibuss responded by referring to the following text from the driver's manual: “The regular FM radio can also provide necessary information on traffic conditions. Feel free to use this information to inform your customers if it is natural. Be careful to keep the volume at such a level that it does not disturb the customers. ”
- This gave no answer with meaning to me, comments Jan Kåre Christensen, who has since in vain called for a more precise definition of what can be considered an acceptable sound level.
Since the bus driver cannot be seen to have broken any rules, he demanded that the service charge be canceled. But Unibuss was not prepared for this.

- If, for example, I get another customer complaint with subsequent service complaint, then the dismissal lies and waits. It is very stressful to have such an employer who behaves in this way, emphasizes Jan Kåre Christensen, who, with the help of YTF lawyer Josefine Wærstad, chose to appeal the case to the Discrimination Board.

The lawyer justifies the complaint, among other things, as follows:

- For Christensen, the warning must be considered a ban on listening to radio with religious content. In our opinion, the warning is given with combination reasons - high volume and content. It is not discriminatory to give a warning that you have played too high radio, so it is the last thing that is the subject of nemda's treatment, says Wærstad.

Unibuss does not agree with the allegation of discrimination.

Personnel Manager Per Christian Bing at Unibuss emphasizes to Occupational Traffic that the crux of the matter is the sound level, not the content. He emphasizes that what drivers choose to listen to on radio is inferior and that the experience of "religious propaganda" in the complainants must probably be because the volume has been very high.

Bing also believes that to the extent that complaints can be considered discriminatory, this should be addressed with Routes receiving and handling the complaints in the first place. This off shows Christensen and his lawyer Josefine Wærstad.

- It is true that it is Ruter that receives complaints from the passengers in the first place, but it is after all Unibuss that decides whether the complaints will have any consequence for the driver, emphasizes lawyer Wærstad.

The case is thus at the time of writing in the Disciplinary Board. Jan Kåre Christensen praises YTF for the help he has received.

- Through the trade union you stand much stronger and get professional help. I am convinced that Unibuss would have resigned long ago if I had not been professionally organized. At YTF, I get help, and Unibuss is very amused when they know that they are not just meeting me, but a whole union. If you stand alone, they have no inhibitions, then just drive on.
Lagt inn av Jan Kåre Christensen kl. 12:46