No. 1559: Article from the online newspaper Extraavisen, with the title "I think it is strange to lose my job because I am a Christian"!

Article from the online newspaper Extraavisen, with the title "I think it is strange to lose my job because I am a Christian"!

Jan Kåre Christensen (56) lost his job as a bus driver on the spot, after playing Christian music in one of the buses he drove.
The picture 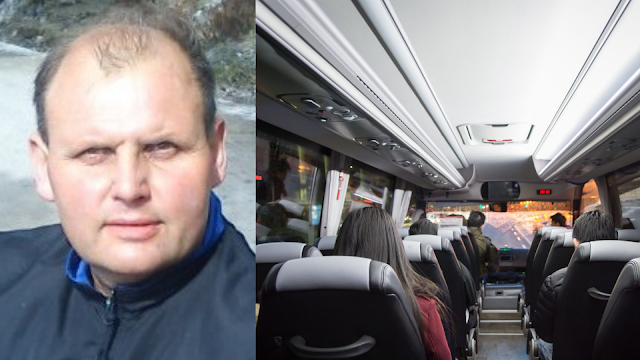 It was Dagen who first mentioned the special news.

In Oslo District Court, a court mediation was carried out, which means that Christensen will receive a final settlement of NOK 473,000, which corresponds to a 13-month salary.

Extraavisen has been in contact with Christensen who believes that he has lost his job based on an unreasonable basis for playing Christian music through a Christian radio channel.

- I think it is very special that you should not be able to choose to hear what you want to listen to. For me, it is completely surreal that it should be normal to listen to P1 and other nationwide radio channels when you can not listen to a completely normal Christian radio channel in a country with Christian values, says Jan Kåre Christensen to Extraavisen.

Why did you say yes to an end package?

- I made that decision due to finances and that I would rather not make a fuss about this case, but in this case I have fought all alone. Here, people should show their willingness to complain to the Norwegian Labor Inspection Authority about the behavior I have had to experience. The Discrimination Tribunal has also been involved.

Unibuss has previously told Avisa Oslo that Christensen has not settled down after receiving several complaints about playing loudly on the radio system, and that this is the reason why he is now being fired.

To Extraavisen, Christensen says that he does not recognize himself in the statement that the music has been loud.

- The volume has been at the same level as all other radio channels, so I have not had the channel loud as it appears. I like that people can show some resistance even if a settlement has been made. It's a little weird considering I'm going to lose my job because I'm a Christian.

Christensen says that he believes in getting a job as a bus driver again, after submitting applications.

- I have received a job offer, but have put it on hold until further notice since I want to see if there are other vacancies in the bus industry in Oslo.

To Avisa Oslo, city council politician Espen Andreas Hasle (KrF) says that he is worried when he hears that Christensen is fired because he listens to Christian radio.

- We can not have a society where having a faith is a problem. I have a concern that it is becoming increasingly disrespectful in society to exercise one's faith. Having a faith is a resource for society. That it is visible in the public and people are open about sharing it in a respectful way, is important for us to live well together in an open society. I want to support anyone who wants to exercise their faith.
Written by Daniel DeNiazi