No. 1529: Unibuss with Personnel Manager Per Christian Bing says he does not want to listen to the Discrimination Energy, as he knows better!

No. 1529:
Unibuss with Personnel Manager Per Christian Bing says he does not want to listen to the Discrimination Energy, as he knows better!
Got my wife to read through that customer complaint.
I asked her to say what she thinks, is it credible?

She immediately said it was staged and a lie that it was loud.

It is 2 m between us and we had a conversation.
Then between me and the customer.

If the sound had been loud, we could never have communicated when the radio had made it impossible.
But for the sound was moderate, then we could talk.

It shows that I speak true.
While the customer fabricates a robbery story.

Per Christian Bing is again lying, not credible what he is doing.
Nice with smart ladies 😁😁😁😁
See for yourself, I have the radio 30 cm from the ear, and 20 cm in from the head.
The customer I talked to stood 2 meters away.
Had I had a loud sound, it would have been impossible to talk in unison.
In other words, the complaint is a lie and fabricated. 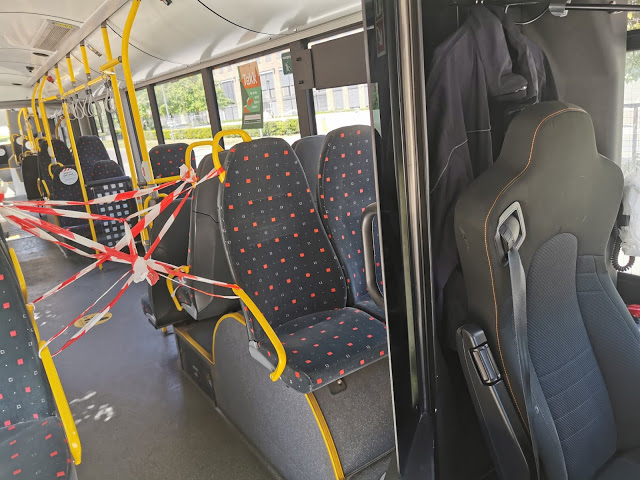 This one was a real cervulant. I actually switched channels, but he had decided.
I politely asked him if it was the content he was responding to, but rude as he was, he didn't answer.
After two stops he left, such people partying Unibuss with Per Christian Bing his trust.
Not credible at all! 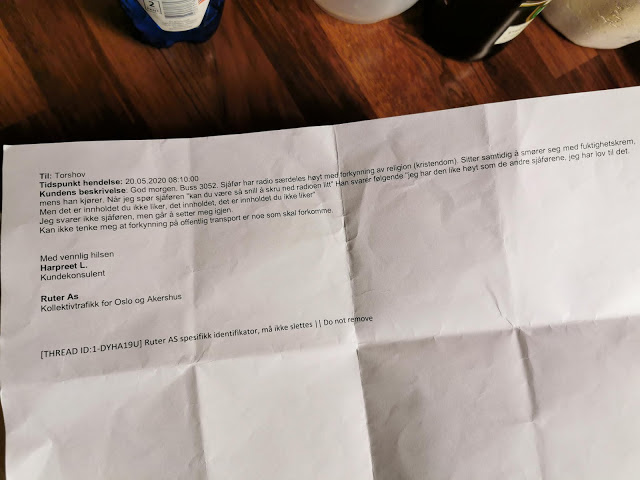 Meeting with the leadership of Unibuss, they are considering termination when a new fabricated customer complaint has come in that I had on a radio program about Israel and the Palestinians.

In other words, it is free now for Muslims and others to criticize us Christian, and we get the fuck.

Personnel manager Per Christian Bing and others in management said they would not comply with anything from the Discrimination Energy Committee. they give the flap and run their own race.

Then we'll see where this ends, I'm on mine. Then those who support the Muslims get on with it. When I take over the bus with many others, for example. Their Muslims bail music at a lot higher than me.

It's hard to stand up for Jesus and the gospel today, now they really refuse to listen to their own radio that everyone else is allowed to listen to!

What I experience is harassment, bullying and discrimination against an employer that allows the bullies and cervulants through the Ruters complaint system to recover,
They welcome me.

See here for a page at the Labor Inspectorate: https://www.arbeidstilsynet.no/tema/trakassering/

It is harassment when a person is exposed to unwanted negative acts, omissions or utterances that act or are intended to be offensive, intimidating, hostile, degrading or humiliating. This can be, for example, unwanted sexual attention, teasing, freezing or hurtful whining and teasing.

Harassment can be both single events and incidents that happen repeatedly. If it is a single incident, it must be of a certain degree of seriousness in order for it to fall under the concept of harassment. On the other hand, if the negative and abusive actions happen systematically and are repeated over time, it will rather be bullying, which is a form of harassment.

Section 4-3 (3) of the Working Environment Act requires employees not to be subjected to harassment and other undue conduct. In addition, there is special protection against sexual harassment and harassment due to gender, ethnicity, religion, beliefs, disability, sexual orientation, gender identity and gender expression in section 13 of the Gender Equality and Discrimination Act. Section 6, first paragraph. It is the employer's duty to prevent this.

I get a ton of positive, encouraging and good feedback.
Am convinced that I do my job as a bus driver exemplary.
But there are some who dislike Jesus and the good and the bright.
But unfortunately, there are a few who manage to create so much negative that it is absolutely incredible!
But my wife revealed to him as a liar that Per Cristian Bing and the management choose to believe the lie rather than the truth. Unfortunately, this is nothing new, but it never works out!
Lagt inn av Jan Kåre Christensen kl. 07:49