It was Øystein Østerhus and Raymann Karlsen who spoke that Sunday night 40 years ago when I came to faith, believe in Jesus as the one who died for my sins and stood up for my justification! 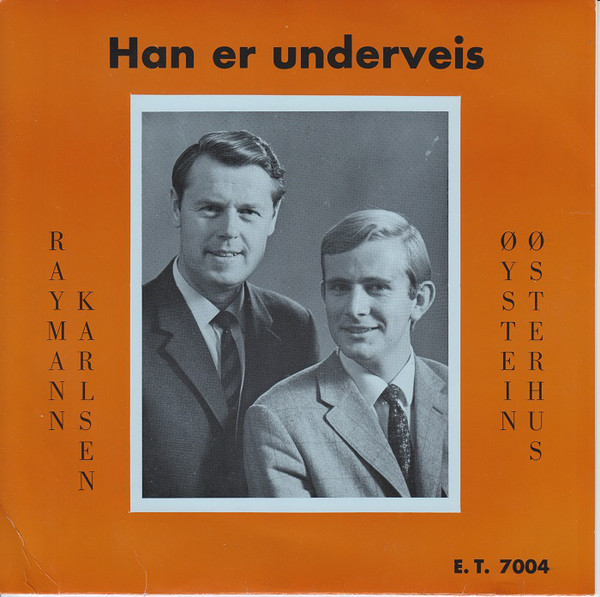 Room. 10 5 For Moses writes of the righteousness of the law: The man that doeth these things shall live by them; 6 but the righteousness of faith says, Say not in thine heart, Who shall ascend into heaven, that is, to bring Christ down? 7 or: Who shall descend into the abyss - that is, to raise up Christ from the dead -? 8 But what does it say? The word is near you, in your mouth and in your heart; it is the word of faith, which we preach, 9 For if you confess with your mouth, 'Jesus is Lord,' and believe in your heart that God raised him from the dead, you will be saved; 10 For with the heart man believeth unto righteousness; and with the mouth confession is made unto salvation. 11 For the scripture saith, Whosoever believeth on him shall not be ashamed. 12 There is no difference between Jew and Greek; they all have the same Lord, who is rich enough for all who call on him; 13 For whosoever shall call upon the name of the Lord shall be saved.

We are writing January 25, 2021. There are 40 years between those dates.
Because something big happened, but a huge upheaval for my life 40 years ago.

I have really always believed in God and Jesus. Even though my parents were not professing Christians, I had gained so much through friends, school and confirmation that God and Jesus were a form of self-evident in life.

But I know that I did not live as a true Christian or be born again as Jesus said to Nicodemus.

Joh. e. 3. 3 Jesus answered and said unto him, Verily, verily, I say unto thee, Except a man be born again, he cannot see the kingdom of God.

But it was a football and classmate who also came from quite a similar background as me.
He laid out the way of salvation for me, just as Philip did for the Ethiopian official.

Ap.gj. 8. 26 And the angel of the Lord spake unto Philip, saying, Arise, and go toward the south unto the way that goeth down from Jerusalem unto Gaza. This road is deserted. 27 And he arose, and went thither; and behold, there was an Ethiopian, a courtier, a high official at Kandake, the queen of the Ethiopians, one who was over her treasures; he had come to Jerusalem to worship, 28 and now he was on his way home, sitting on his chariot and reading the prophet Isaiah. 29 And the Spirit said unto Philip, Get thee hence unto this chariot, and draw nigh unto it; 30 And Philip ran, and heard him read the prophet Esaias, and said, Knowest thou what thou readest? 31 He said, "How can I, without being guided by anyone?" And he bade Philip go up, and sit with him. 32 But the scripture which he read was this: Like a sheep he was carried away to be slaughtered, and like a lamb dumb before the shearer, so he does not open his mouth; 33 In his humiliation the judgment was taken away from him, and who can tell of his seed? for his life is taken away from the earth. 34 And the eunuch answered and said unto Philip, I pray thee, of whom speaketh the prophet this? about himself or about someone else? 35 Then Philip opened his mouth, and went out of this scripture, and preached unto him the gospel of Jesus. 36 And as they journeyed by the way, they came unto a place where there was water; and the eunuch said, Behold, here is water; what prevents me from being baptized? 37 And Philip said, If thou believe with all thine heart, then shall it be. But he answered and said, I believe that Jesus Christ is the Son of God. 38 And he commanded the chariot to be held: and both Philip and the eunuch went down into the water, and baptized him. 39 And when they were come up out of the water, the Spirit of the Lord came upon Philip, and the eunuch saw him no more. for he went his way with joy. 40 But Philip was found in Ashdod, and he went about preaching the gospel in all the cities until he came to Caesarea.

After this my friend and comrade had laid out the way of salvation, I had then come under a new dimension in my life.
I knew then that believing was not enough, but I had to make a choice to be saved and become a Christian.

Then I joined meetings at Ebenezer in Skudeneshavn on Karmøy where I grew up and then lived in my youth with my parents and sister.

This was in the free friends, but the day I was saved. Then there were joint meetings and the main speakers were Raymon Karlsen and the late Øystein Østerhus.

Actually, my salvation had little to do with these, but of course they also had their significance. But it was above all my classmate and football players who testified for me. Who had the most to say, when he explained to me what being saved meant and laid out the way of salvation for me.

I was then really a ripe fruit, which was picked.

Includes an article I wrote about this here:

Includes a song that has meant a lot to me, and which is almost like a personal testimony.


It is said of this Ethiopian official that after he was saved and baptized, "he went his way with joy."
It's actually the same thing I can say, and millions of others.
We were happy!
Not that we were not happy before, but the gospel creates true joy over everything where it comes in.
There is nothing better and greater than the gospel in this world!