No. 1552: Strong coverage in Haugesunds Avis about Unibus' bullying of me!

Strong coverage in Haugesunds Avis about Unibus' bullying of me!

Of course, the very best thing was that the liar Per Christian Bing and the arrogant and blackened Lawyer Johannes Straume had been able and gone in themselves, and pulled the dismissal against me!
But it is not easy for some who live in a narcissistic world where they themselves can lie, scold and otherwise do most things.
But when they get to know a little about their own "medicine", they are so hurt!
I have zero respect for such types of people as this, but it is then allowed to hope that they can also realize their own guilt !?

Here is the article:

Received an offer to end the day, with full pay, after inflamed conflict: - Shows that they are afraid to meet us in a lawsuit 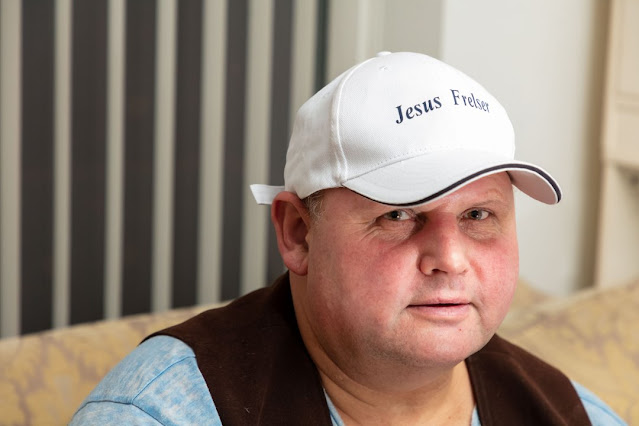 The heated conflict between the bus driver Jan Kåre Christensen from Skudeneshavn and the employer Unibuss in Oslo did not come to a solution when the parties met for a negotiation meeting. The case appears to be against an employment law case.

The 56-year-old bus driver, who is originally from Skudeneshavn, has been fired from his job for what he believes is an unreasonable reason: because he plays Christian radio on the bus.

Unibuss denies this, referring to several customer complaints and that Christensen has played at too high a volume repeatedly.

Jan Kåre Christensen refers to a protocol they have written from the meeting where it appears he was offered to end the day with full pay until the notice period until 1 May.

"Unibuss offered Christiansen to be exempted from the obligation to work during the notice period, with full pay and the opportunity to take other work if he managed to obtain this. The offer is valid until 18.01.21. » it is stated in the protocol that Christensen has forwarded to Avisa Oslo (AO).

- I think it is an unreasonable dismissal and that I have just done my job. I do not imagine that there is no good offer, says Jan Kåre Christensen.

- I reckon that I will then focus on keeping the job and take an employment law case.

The offer is valid until January 18, but Christensen continues: "I can never imagine that it will be something good for me."

Christensen's lawyer Josefine Wærstad, from whom he receives assistance through his membership in the Professional Traffic Association, says that the client has received an offer he must decide on, but points out that it is demanding to make an assessment of the offer itself.

She describes that similar offers are legal and common practice in working life.

- It is not unusual and there can be many different reasons why a company chooses to make an offer, says lawyer Wærstad.

- What does it tell you that you get such an offer, Christensen?

- It shows that they are afraid to meet us in a trial. I interpret it that way.

- This is a personnel matter, and we do not want to comment on what has been said in internal meetings between the parties, or the details of the offer. We think this is first and foremost a sad case, and we hope we can agree on a solution soon, answers Unibuss' communications manager Emilie Mejlænder.
- Performs poorly

- I think that the Unibuss management behaves in a very bad way towards me and tries to put me in a bad light, Christensen says.

- Customers complain about me, they say. But then it turns out that they have had an instructor out on the bus who indirectly says that my version is correct in that I do not play loud, but they try to keep it hidden.

He points out that an instructor report - a kind of random sample - written about his driving by an inspector from Unibuss on 31 August last year. Christensen says that he has fought for a long time to get this report out, which he is now passing on to AO.

About the radio play it says:

"He listens to the radio, sometimes there is singing and sometimes some talking, but I who was sitting right behind the barrier could hardly understand what was being said on the radio."

- I think it builds on Christensen's explanation that he is listening to the right volume. It supports his version, says his lawyer, Josefine Wærstad.

The bus driver claims that this report was withheld when the case was considered by the Discrimination Tribunal. There, Unibuss won unanimously, something they have also pointed out before.

Unibuss has not answered AO's questions about why they should have withheld this information, as Christensen claims.
Requests fact check of complaint

Christensen and his lawyer have now asked Unibuss to check more in the actual circumstances surrounding the latest complaint against the bus driver that came this autumn. It was he who triggered the process that led to the dismissal.

- We asked if it has been checked and if they have talked to that witness, for example where she was sitting in the bus. No fact check has been made on that complaint. We have requested that they contact the witness and get confirmation thathe has listened to the volume that they had agreed on earlier, says lawyer Wærstad.

- When you complain about public transport in Oslo, the complaints go directly to Ruter. If you want more information about how customer complaints are processed or "checked", I would recommend contacting them, says communications manager Emilie Mejlænder in Unibuss.

She has not answered follow-up questions about whether Unibuss should check up on the complaint more, given the conflict they are in.

The bus company also wants to point out:

- We reject that we "try to put him in a bad light", as you write. Nevertheless, we have had to correct some direct errors that have been quoted in the media. An example is the claim that the case is about religion, and that is wrong. The case is about the sound level on the radio during bus driving. Driving a bus is a service profession and we must of course take the complaints seriously.

But it is strange that they will not comment on the report from the instructor that they have tried to keep hidden. Talk about being liars, thugs and deceivers!