No. 1588: Does no one in God's church understand what consequences when a worship leader like Solfrid Gamre initiates a new relationship after the divorce from Pastor Terje Liverød will have for the newly saved and unfortified souls?

No. 1588:
Does no one in God's church understand what consequences when a worship leader like Solfrid Gamre initiates a new relationship after the divorce from Pastor Terje Liverød will have for the newly saved and unfortified souls?

What we see in today's Pentecostal charismatic churches is a form of partner exchange.
The early Christians shared everything except spouses.
Then we understand how far today's Christianity is coming away from God and his word 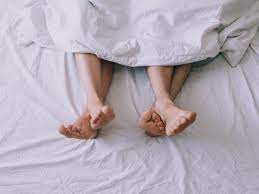 Swinger's environment is becoming one of Norway's preachers and worship leaders.
Here it is among the crowd preaching that one divorces and finds new partners.
It is as if it is a "swinging environment" among the Christians where one "loves" and accepts both X partners and new partners!

After the divorce from Pastor Terje Liverød, he finds a new right after the divorce.
https://blog.janchristensen.net/2022/06/nr-3026-guds-ord-omtaler-at-forkynnere.html

While he X wife is out on the courtship and also finds a new one.
Is this okay?
Since the scriptures say i.a. that publishers and those in charge should be one woman's husband or one husband's spouse.

I want to be as gentle and upright as possible here. But this is very serious for the Christian congregation.
We are built on the teachings of the Apostles and the Prophets.
How did the early Christians live?
They had everything in common, except that everyone had their own spouses with whom they were not allowed to remarry, after a breakup.
I have many scriptures on this, but can not take all.
Takes two scriptures that show this, although I could use very many here:

Acts 2. 42 And they kept the doctrine of the apostles in a fellowship with bread and prayer.

43 And every soul was filled with awe of the many wonders and signs that were done among the apostles.

44 And all who believed in the same thing as themselves had all in common.

46 And they continued day by day to meet in the temple. They broke the bread in their homes, and they ate their food with happy and sincere hearts.

47 They praised God and had the grace of all the people. And the LORD * day by day sent them unto the church to be saved.
(end of quote.)

I have a lot more to say here, several books are in my heart regarding this topic of Christian ethics and morality.
But try to limit and stop writing so that readers do not drown in arguments and be completely overwhelmed.

But the ripple effects that such an unbiblical slippage as we see here will have enormous consequences for the unfettered and lukewarm Christians.
They have no reason to resist such mental pressure.
And understand that what these mentioned people are doing is directly contrary to the word of God which says very clearly that after a divorce one should not remarry.
It is and remains to be a whore!